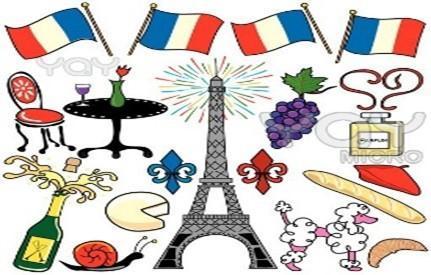 We aim for our language education to foster children’s curiosity and deepen their understanding of the world, enable them to express their ideas and thoughts in another language and to understand and respond to its speakers, both in speech and in writing. Our current language provision is French.

French is taught from Year 1 to Year 6. All children have fortnightly French lessons during the year and are taught by a French speaker.

The core elements of our curriculum are:

All lessons allow children to develop their language skills in relevant, engaging and meaningful contexts. Learning happens through a great range of interactive activities, role-play, songs, games and stories. In the earlier stages of language learning the focus is on speaking and listening.

We also introduce the children to the French lifestyle along with French customs and traditions, to ensure that their learning is in context.

It’s no secret that babies start to recognize language from a very early age. They’re also highly responsive to music. So, if you have a very young child, it’s not too early to expose him or her to French through songs and lullabies, and older children will enjoy them as well, and will probably learn to sing them before you know it.

This is an absolutely brilliant set of nineteen French nursery rhyme songs in one YouTube video. It’s better than so many others, because instead of just the audio, you get some simple cartoons to help your child see what the songs are about. Plus for many of the songs the lyrics appear on screen as each line is sung. Be warned, they can be pretty catchy! If your children have reached speaking age, they could be dancing around singing “Un, deux, trois, j’irai dans les bois” all morning before you know it!

Most kids start watching cartoons (dessins animés in French) before they can fully understand their native language. They find the moving pictures, music, and laughter of the characters very engaging even if they don’t understand every word being said.

Caillou is a French/Canadian cartoon following the adventures of an energetic four year old who loves to have fun! With over 400 episodes available on the Caillou YouTube channel, you’ll never run out of new stories to explore in French.

French Games and Activities (Age 5 and Up)

If your children are old enough to play games and puzzles on a tablet or computer, then they can do some self-directed learning and the following apps are a good place to start:

Duolingo. This is an incredibly useful app for building basic vocabulary and grammar skills and it’s so easy to use. Not only does it quiz you on a variety of vocabulary, but it identifies your weaker areas so you’ll know which words to practice more often.

Hello-World French Children’s Activities. Hello-World is a free project whose goal is to teach world languages to children through fun and educational immersion activities. There are over 700 activities for French alone on the website, including vocabulary Bingo, number matching and logic puzzles!

International Children’s Digital Library. If you’re looking for books to read to your child in French (or for your kids to read themselves if their level is high enough), then look no further. Here’s a collection of thousands of online children’s books in dozens of languages, including nearly 60 books in French.

Monde des Titounis. This website is an absolute gold mine, containing a little bit of all of the above suggestions. It has a lot of the classic children’s songs and stories that your kids probably already know in English, like Goldilocks and the Three Bears and Little Red Riding Hood. Hearing a story in one language that you already know well in another is a very useful way to make connections from your native language’s vocabulary to the new language.

What’s more, this resource isn’t just stories and songs. Click the “Apprentissage” icon for some very simple activities to help young children learn basic French vocabulary, such as the alphabet, colours, names of animals, and much more.

There isn’t much reading required to enjoy this site if your child is too young to read French. The fairy tales and other stories are actually narrated videos.

We hope you enjoy!