A Term at Hogwarts

The children have been very excited about this Adventure since Day 1, as it's based on Harry Potter! We began with a magical day after receiving a letter from Hogwarts School of Witchcraft and Wizardry. The children  were placed into their houses when the Sorting Hat was put on their head. They will now remain in these houses for the rest of the Adventure.

The children designed their own crest for their house using polystyrene and then using acrylic paint, printed these onto paper. The children had to be careful to make sure the design stood out and any writing had to be written backwards so it was the right way around when printed. 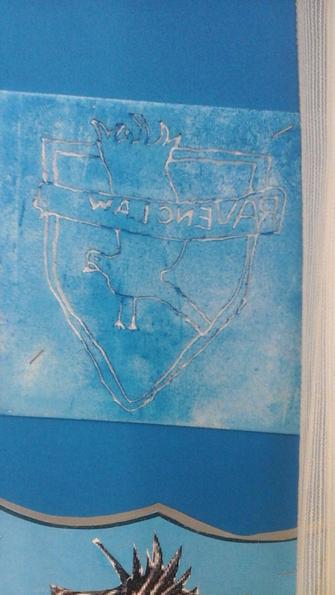 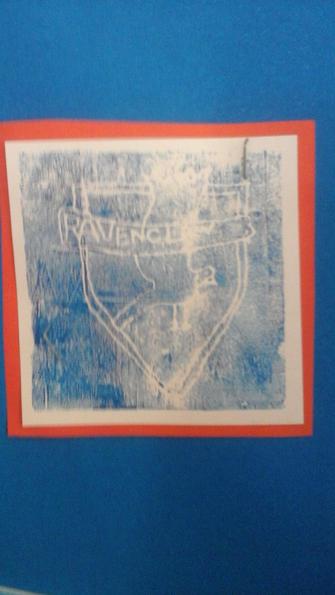 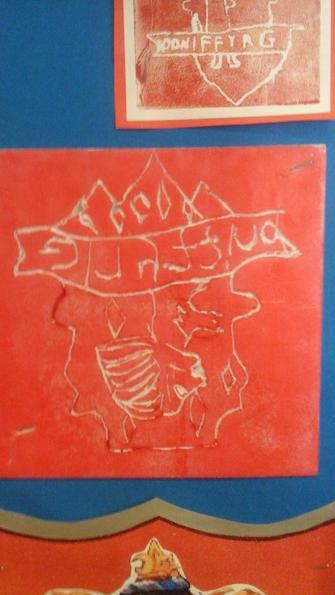 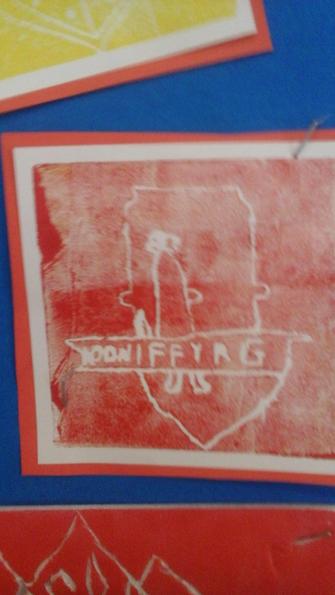 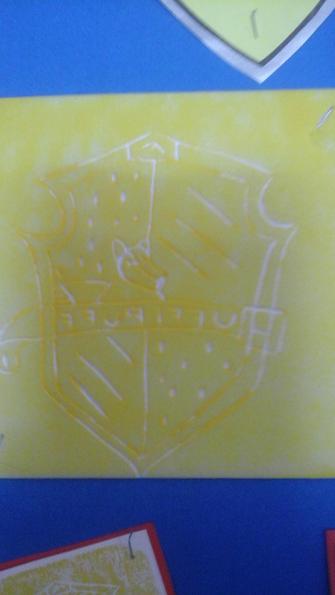 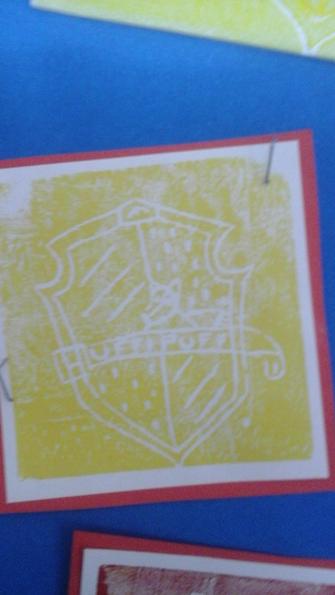 The children then wrote a diary to describe their 1st day at Hogwarts, including being sorted into houses by the Sorting Hat. For the SPAG work before hand the children looked at contractions. e.g.

The children have had the opportunity to play a game of Qudditch in their houses. We came up with our own version of the game and the children got very competitive.

After playing their own version of quidditch, the children watched a clip from the Harry Potter film showing the first quidditch match between Gryffindor and Slytherin. They children then wrote a newspaper report on the match they had just seen.
Following on with the quidditch theme, the children were asked to design their own broomstick and create an advert to sell it. The focus of the advert was to use brackets throughout.
As part of our Art work the children were given pictures of various Harry Potter characters and asked to sketch one focusing on the detail. The children created some fantastic work, we were so impressed! Can you tell which character they are? 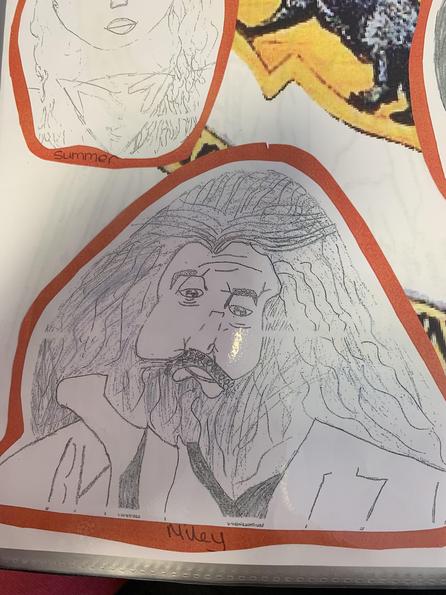 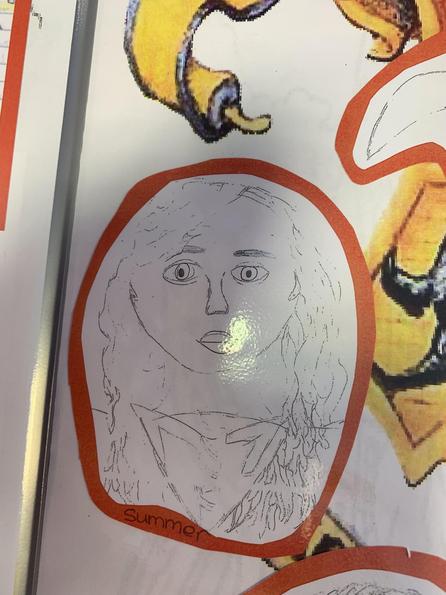 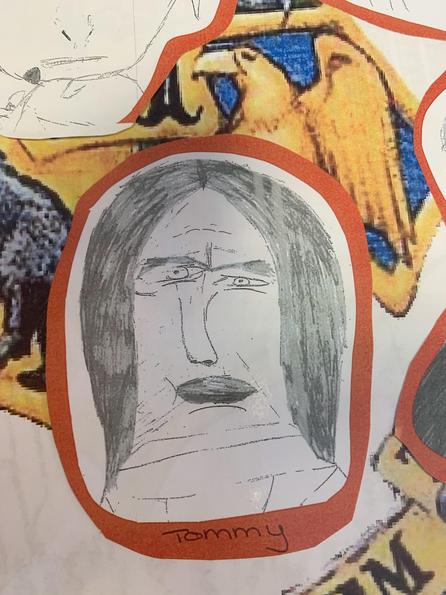 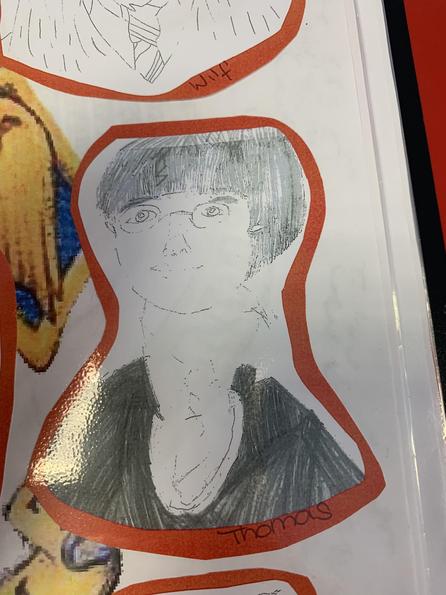 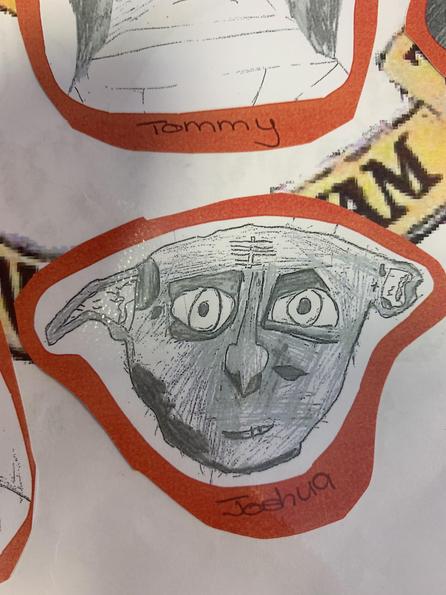 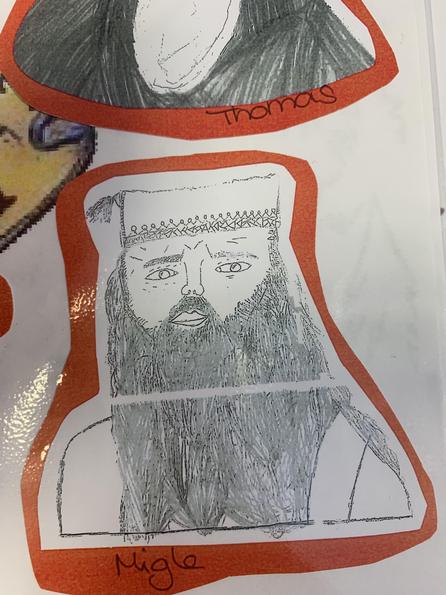 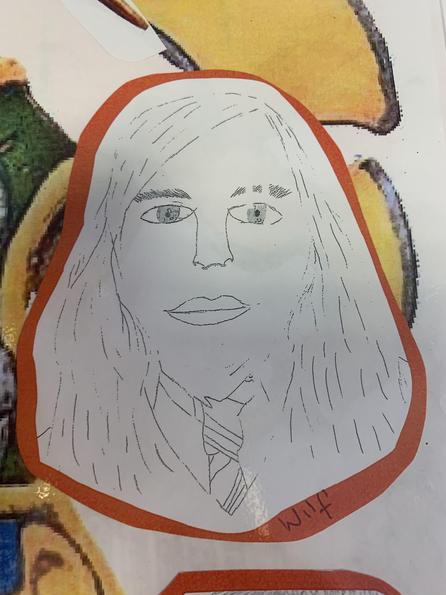 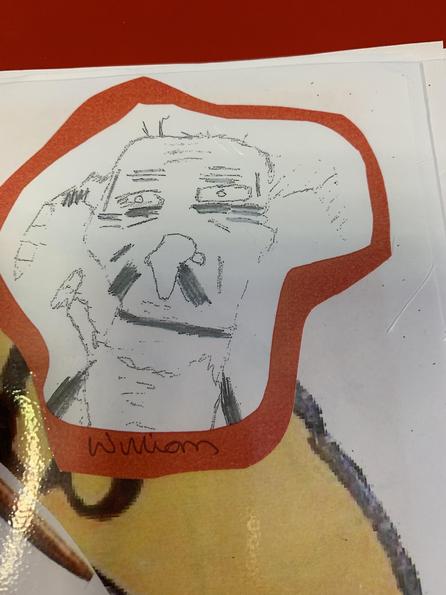 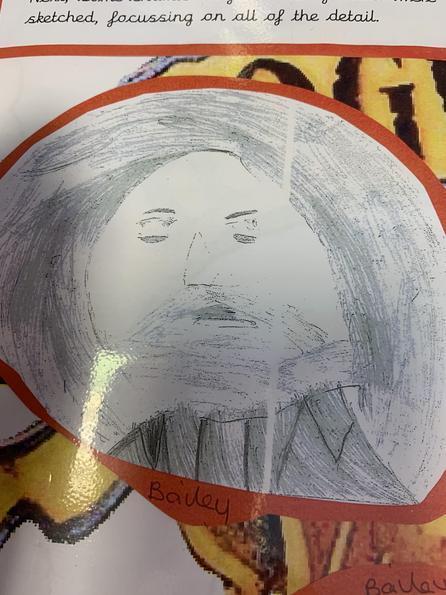 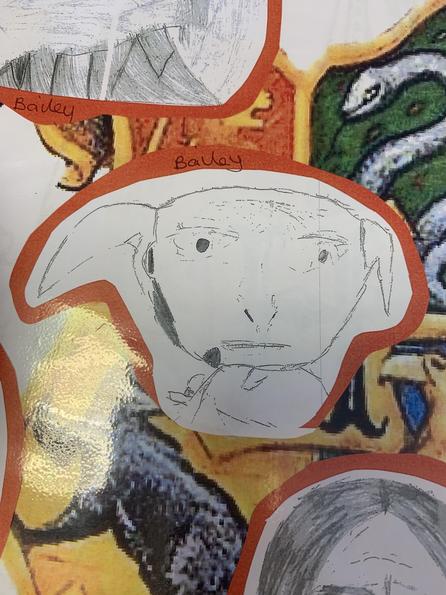 In our potions lesson with Professor Ashford, the children were asked to create their own potion using different magical ingredients. They had to think about what the potion would do to the taker and if there would be any side effects.
The children then wrote their own set of instructions on how to make their potion. 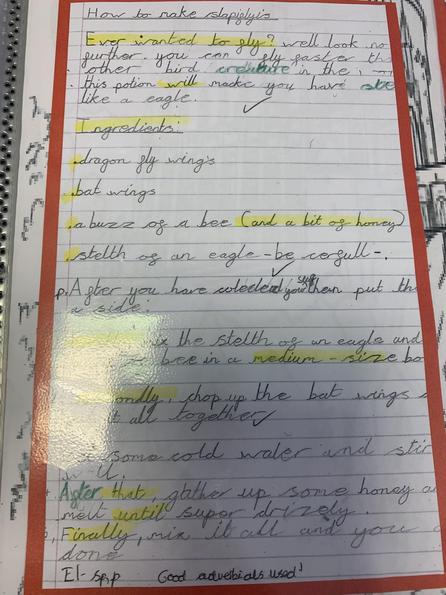 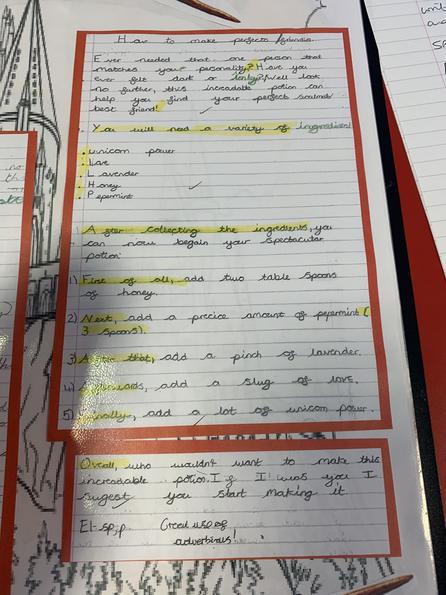 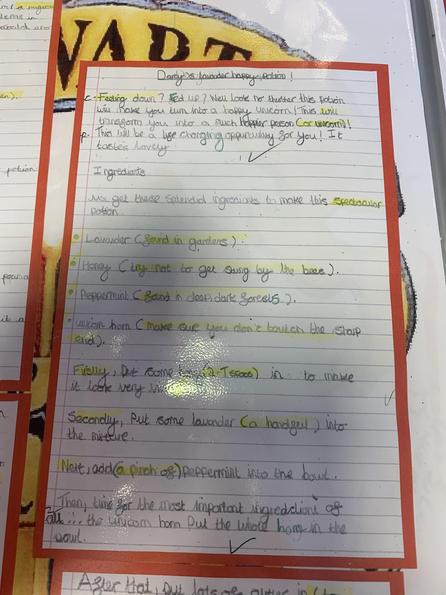 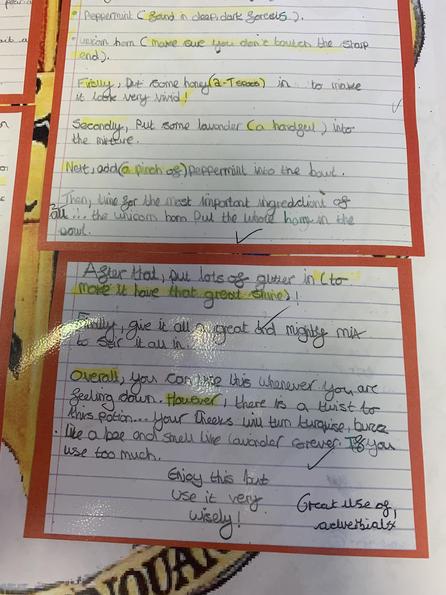 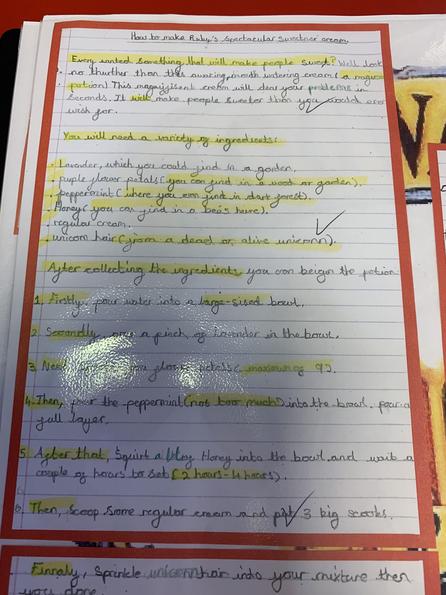 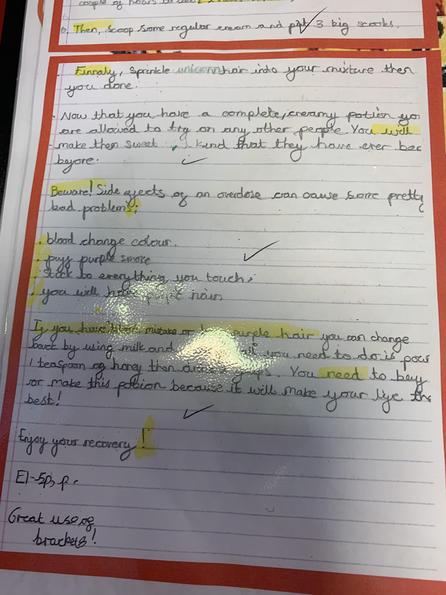 Through imagineering, the children were asked to imagine that during tour potions lesson Draco Malfoy was in the class and Professor Ashford announced that one of the potions we had created had gone missing from the back of the room. The children had to write an eye witness account of what they saw, including any suspicious behaviour. The focus was to use fronted adverbials throughout.
We looked further into the story and looked at part of the text when Harry goes into the forbidden forest. To continue on the adventure the children were shown a picture of the forbidden forest, they listened to music and imagined they were in the forest. They then had to write their own setting description of the Forbidden forest.
During guided reading, we have looked at several extracts of text from the Harry Potter books to allow the children to complete inference questions and look deeper into the feelings of characters at different points in the text.