Adventure 6: Journey Through The Decades

This adventure began during half term when Mr Cockcroft was working on the field and tripped over a hole in the ground. He saw something shiny below. He started digging and noticed. It was a golden, metal box, with a message on top – ‘Not to be opened again until 2018!’ Below there was a sign saying ‘1968.’ Mr Cockcroft was intrigued so brought this into school. Inside were some objects. He could not work out what some of these were, so he needed our help.

The children first completed a ‘Burn 2 Learn’ to discover the items that Mr Cockroft found. These were the items discovered: an England shirt, a newspaper clipping of the first moon landing, a pay slip from Middleton coal mine, an original Barbie and Ken, a ‘Vote Thatcher’ poster, a Band Aid CD, a Nelson Mandela painting, a Euro Tunnel ticket, an iPod and a Pop Idol poster.

After bringing these items back to class, the children had to sort them into the decades they were from after we discussed what they were and their significance.

The children then created their timelines showing these important events that we are going to learn more about throughout the adventure.

We began learning about the two events from the 1960s: The World Cup and the first moon landings.

To help us learn all the facts about Apollo 11 and the first moon landing, the children took part in a Burn2Learn where they had to find all 17 facts hidden around the room and match then to the appropriate question.

Using this information, the children created a storyboard that detailed the journey that Saturn V undertook to reach the moon and return back to Earth safely.

The children next became reporters. They wrote newspaper articles that reported on this historic event. Before writing, they planned heir opening paragraph with a 5W's sheet (who, what, where, when, why). They also completed a SPAG activity on relative clauses and inverted commas to then use in their writing. 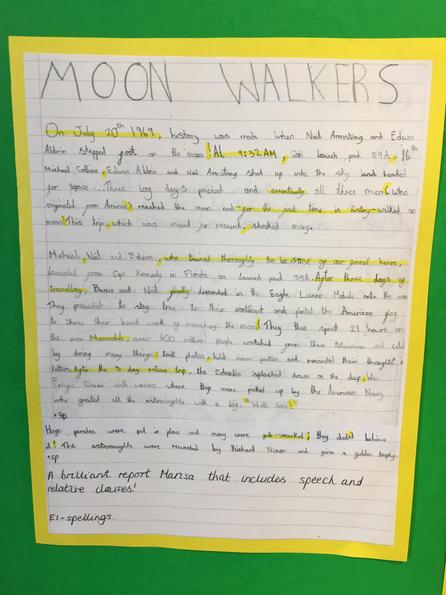 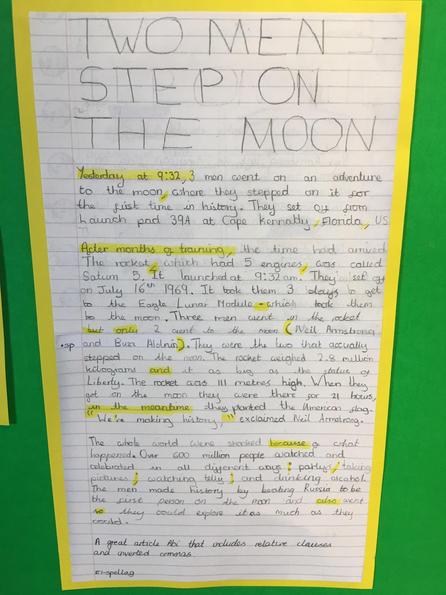 We also imagineered what the view on the moon might look like so, using oil pastels and chalk, we created a piece of artwork showing Earth as seen from the Moon. 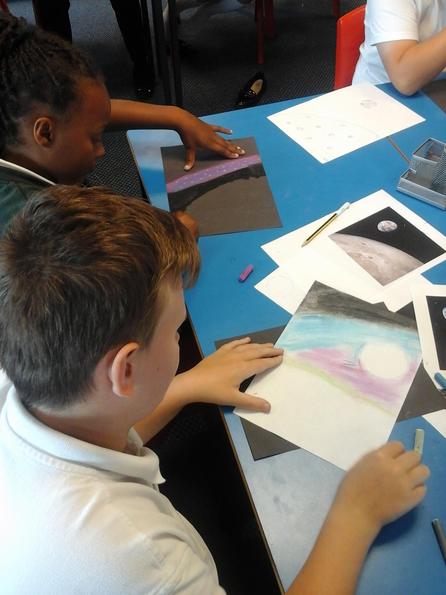 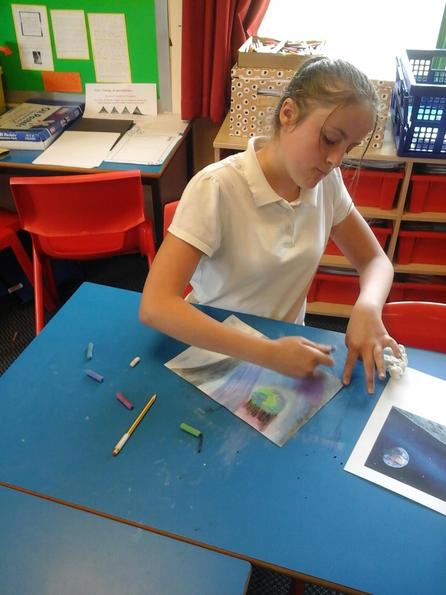 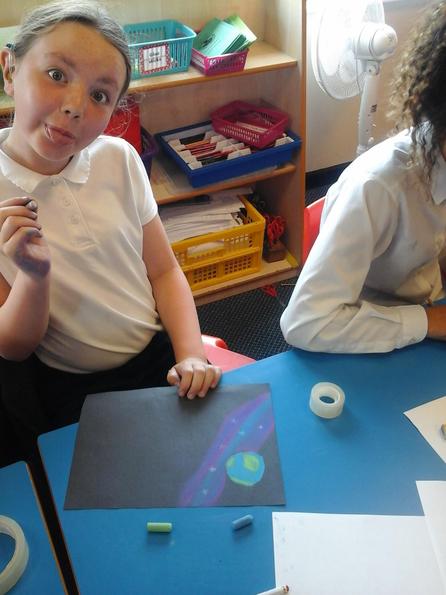 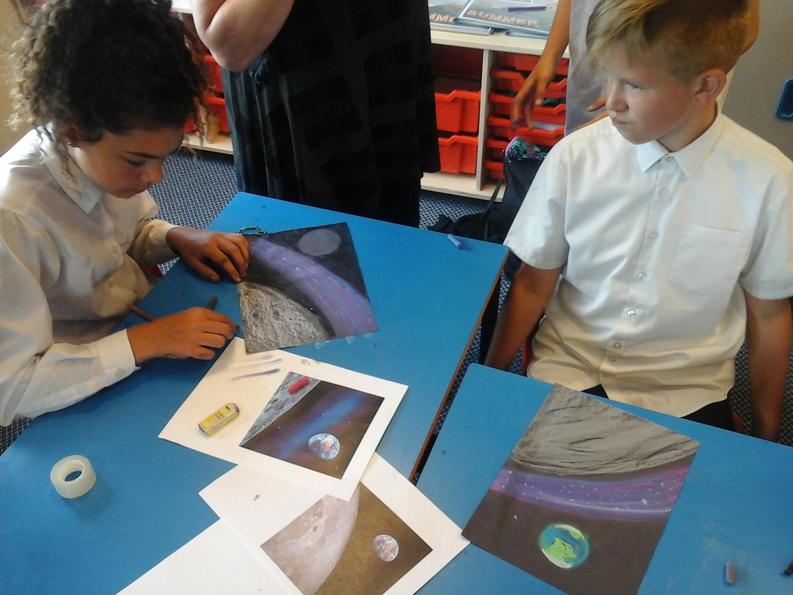 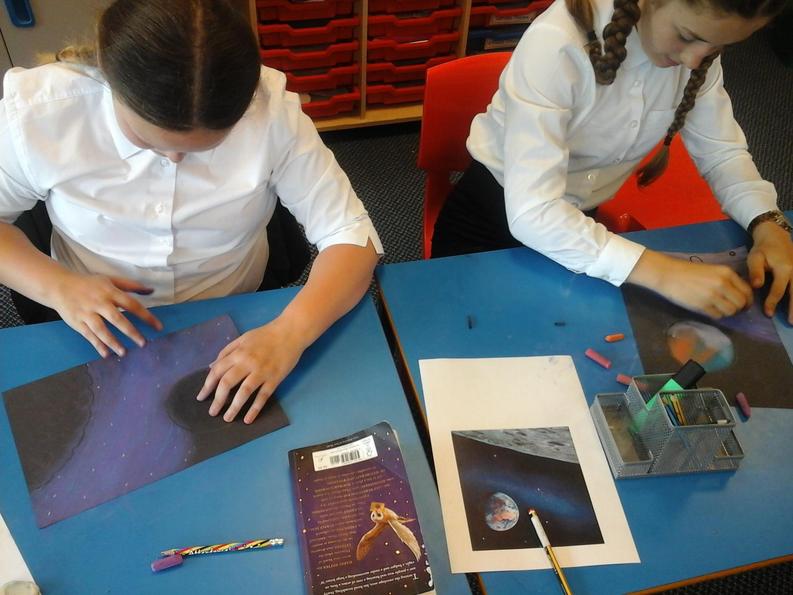 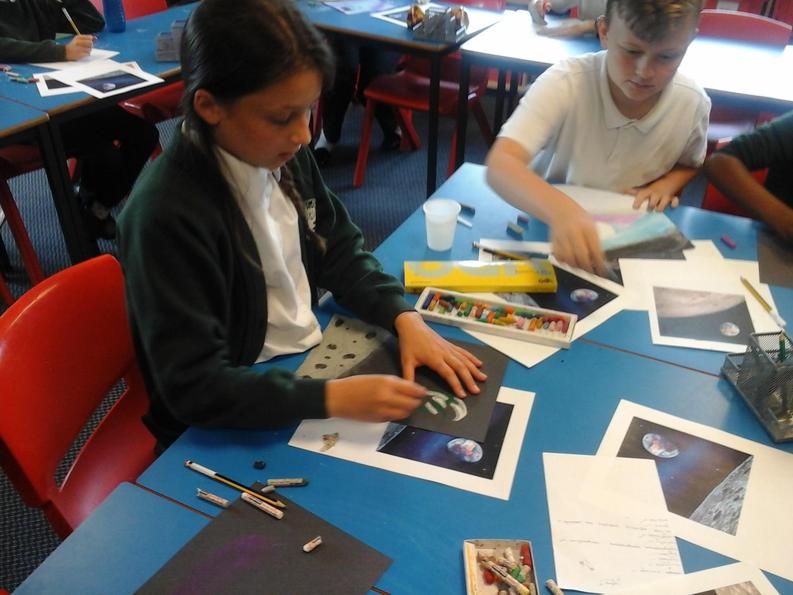 Then, imagining we were Neil Armstrong, we wrote a setting description, describing the sight of the Earth from the moon. 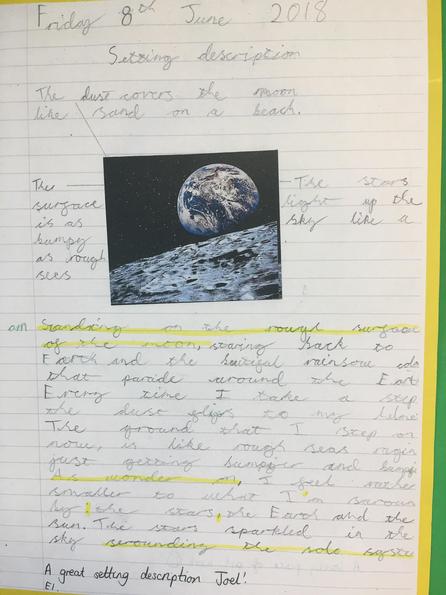 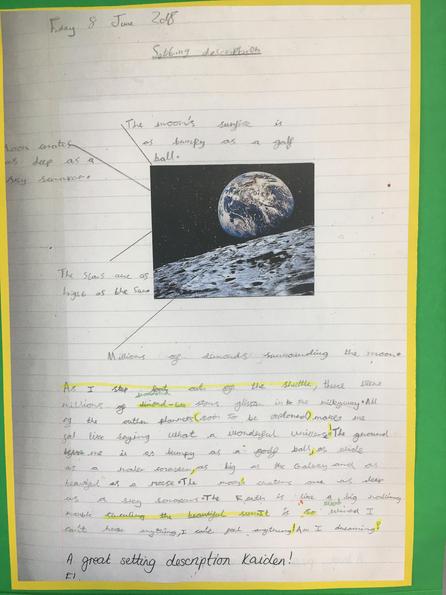 The children learnt that in 1966 England won The World Cup! They completed a project where they learnt about the history of The World Cup, about the current competition and how England once won. They designed their own programmes for England’s opening game in 2018, created their own mascot for this year’s contest and a new logo for England. 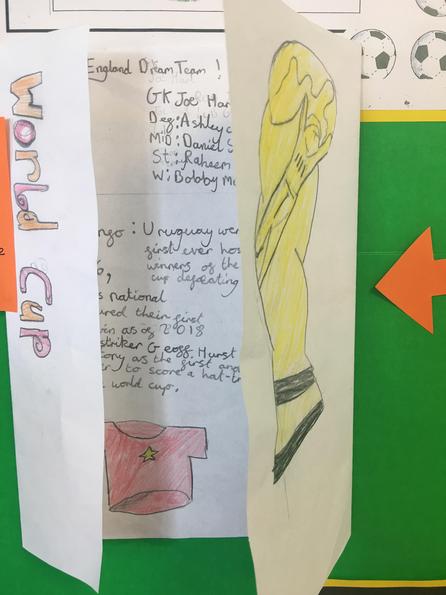 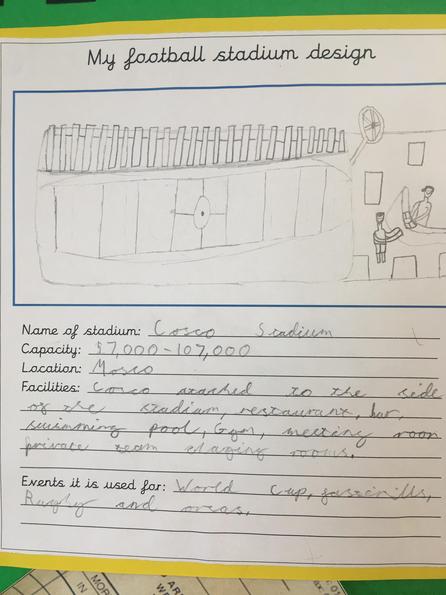 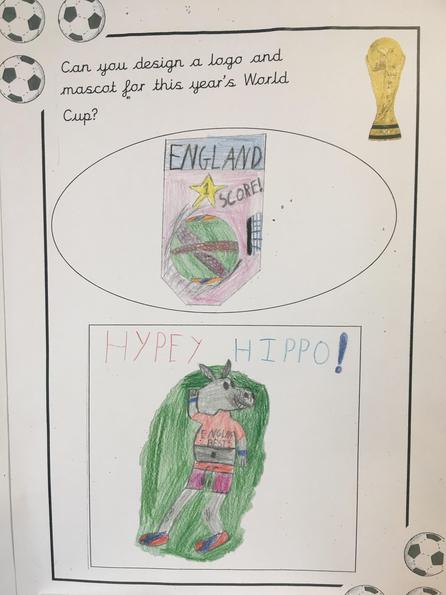 The next two items we focused on were from the 1970s: the coal miners clock in card and the Barbie and Ken poster.

The children found photos of different types of lighting used over the years in coal mines. After they found them they had to order them for which were used first and last.

We then discussed the pros and cons of each type of lighting when used in the coal mines.

Next we created some Ted Holloway inspired art using chalk and charcoal. 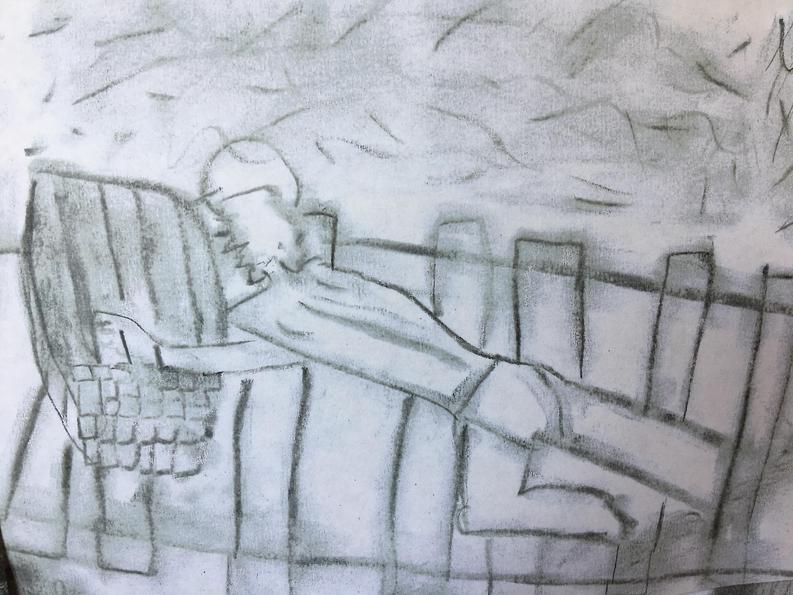 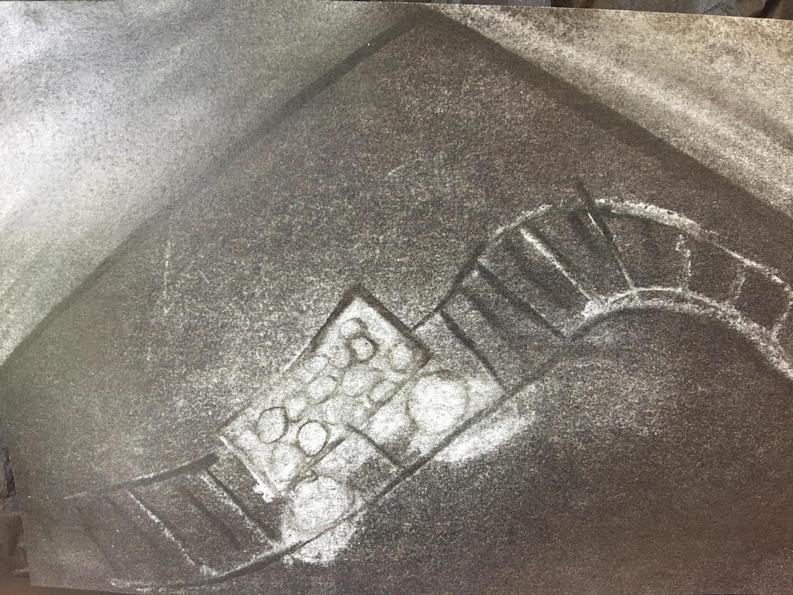 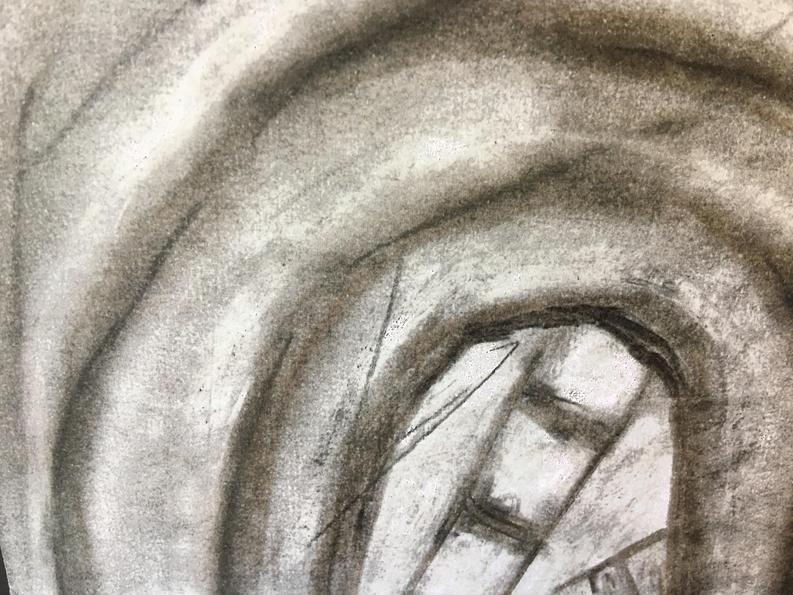 Following this, the children stepped int the shoes of a miner from the 1970s and considered what life might be like. During a Burn2Learn we order the daily routine of a miner and then had a go at writing our own diary entry imagining we were a child miner.

We discovered that Barbie and Ken were extremely popular in the 1970s. Inspired by these popular games, the children designed and made their own board games. They completed many activities to reach their final product: designed the game, wrote a rule book, made the game, designed the box and wrote an advert. 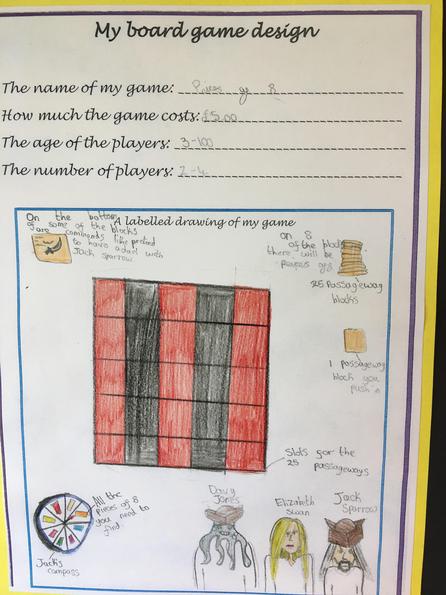 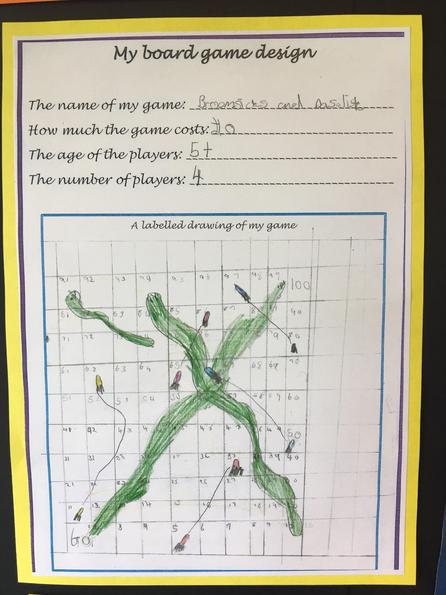 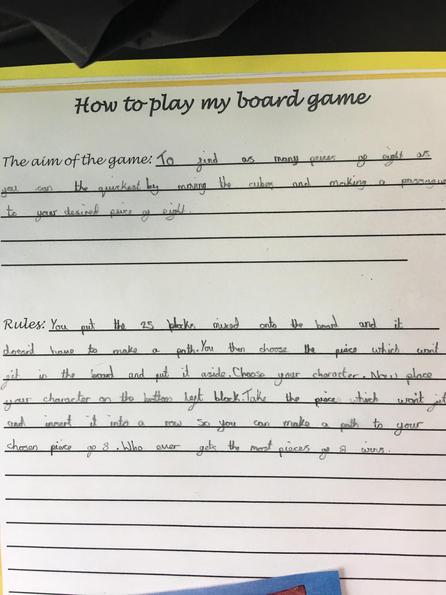 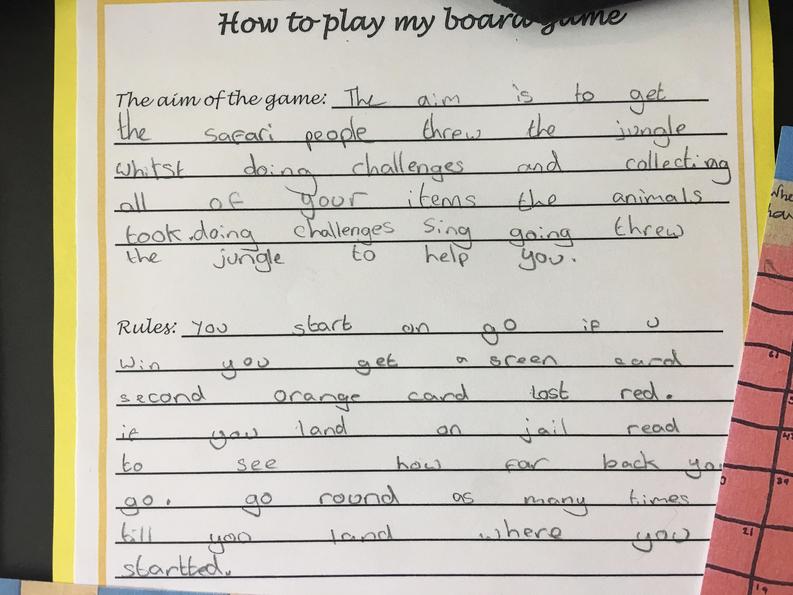 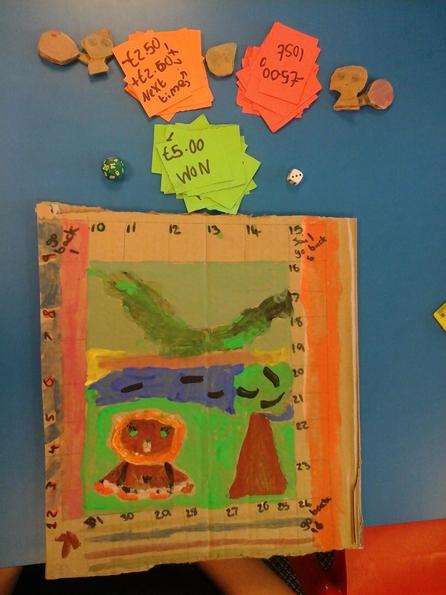 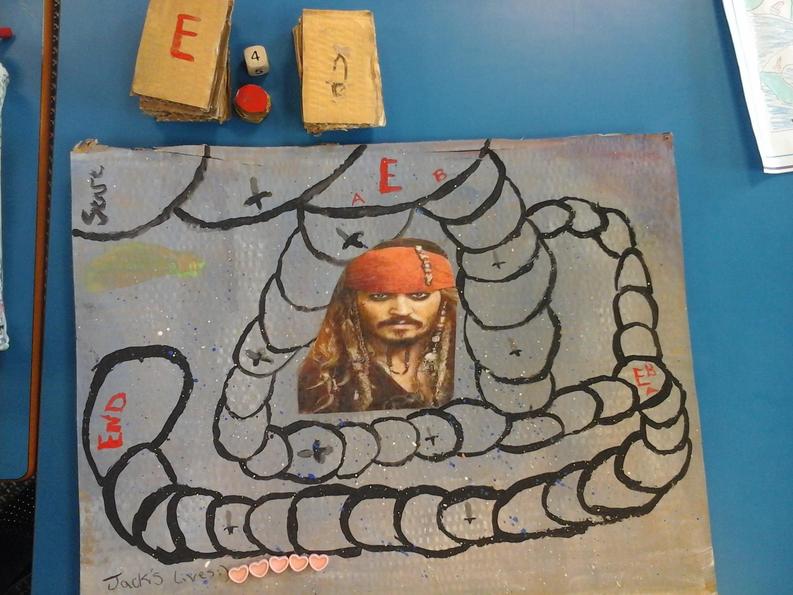 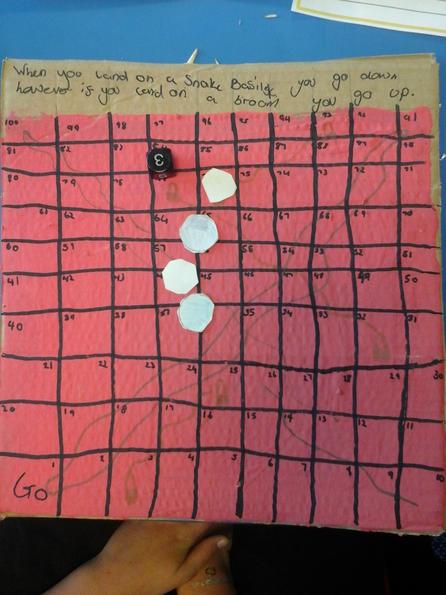 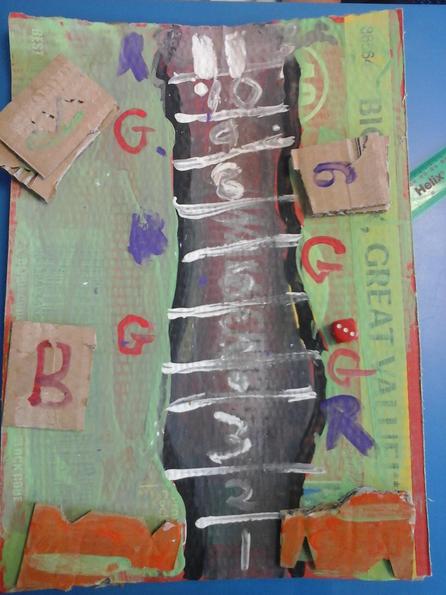 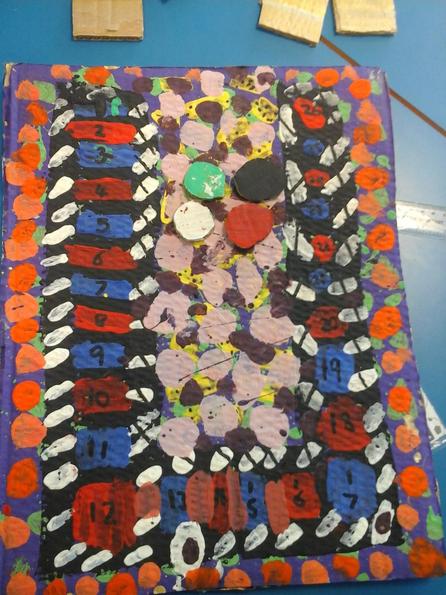 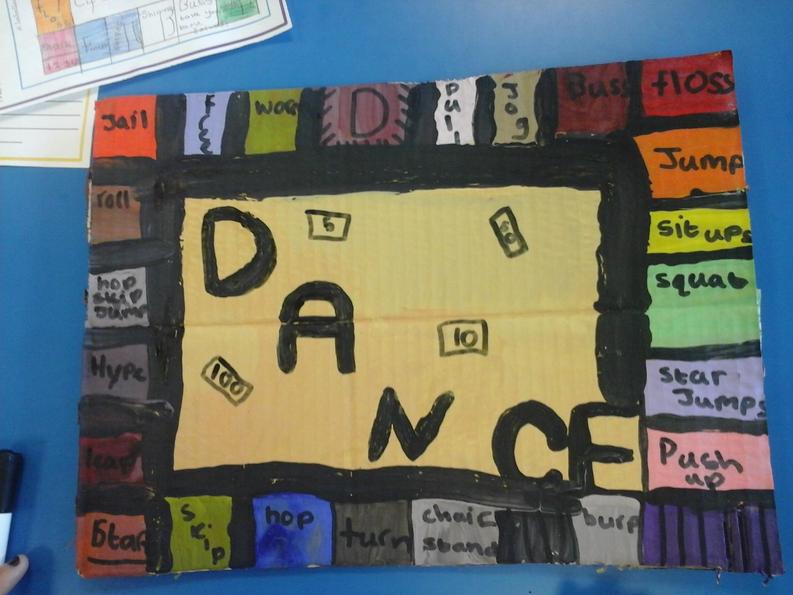 Stepping into the 1980s, we looked back to see what was in the time capsule from this decade. We found the poster to ‘Vote Conservative’ for Margaret Thatcher. To discover all about Thatcher, the children completed a Burn 2 Learn where they were mirroring the actions of their partner to tunes from the 80s before un-scrambling their sentences. 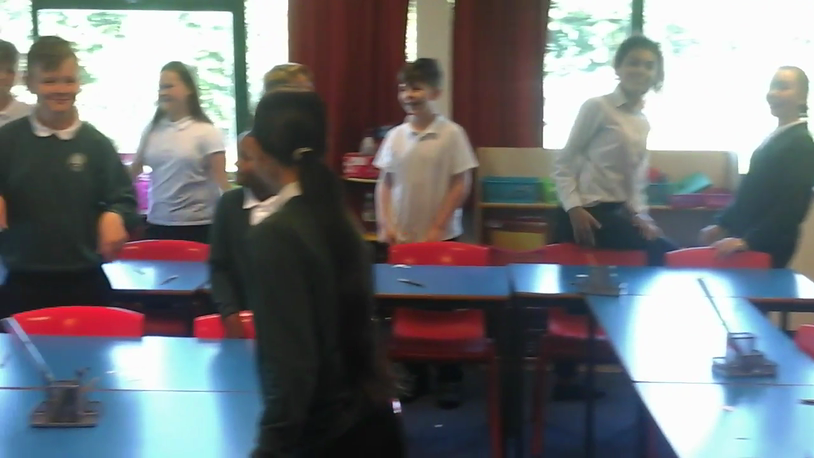 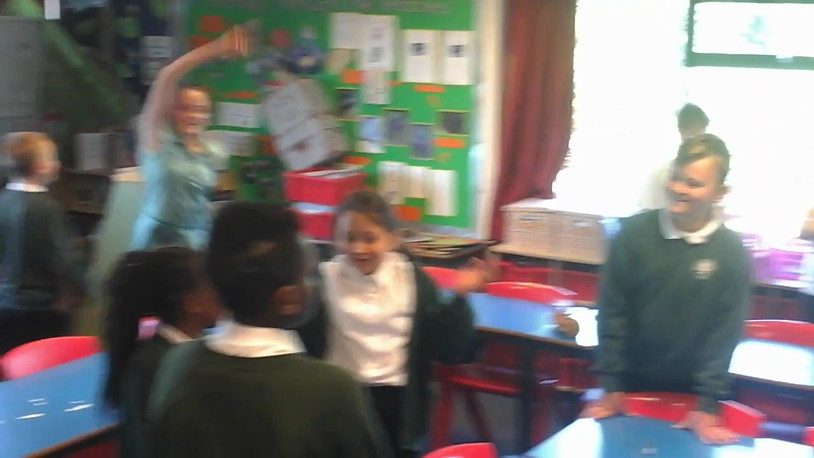 Compiling all of their facts, the children completed a fact file of Margaret Thatcher.

They then used the information they had gathered to write a biography of the late Conservative leader.

In art, the children worked in the pop art style to re-create a famous picture of Margaret Thatcher.

The next decade to explore was the 1990’s. From this period of time was the poster saying: FREE MANDELA! The children first completed a Burn 2 Learn to find the missing definition to the word. Some of the words were new and had tricky meanings like apartheid.

The children then had to order the key events from Nelson Mandela’s life and make a timeline with small illustrations next to the event.

Using the information they had gathered, they imagineered stepping back in time to when Nelson Mandela was imprisoned for treason. They wrote persuasive letters to the South African government to persuade them to free him. This included an activity on modal verbs and idea gathering as a group. 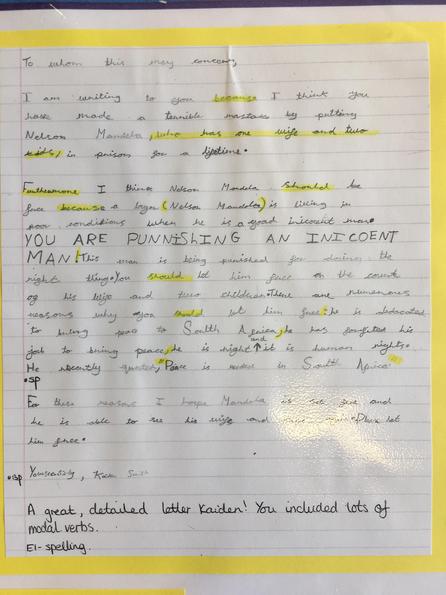 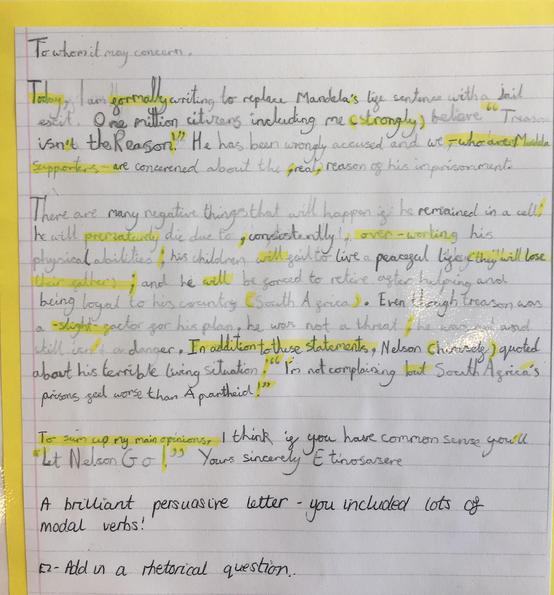 When we entered the noughties, the children remembered that we had found an iPod in the time capsule. We decided to look back at the history of how listening to music has changed throughout the years. The children first completed a Burn 2 Learn where they had to order the ways of listening to music with the correct dates too.

We then looked more closely at what each was and they created a leaflet showing the history of music.