To begin our brand-new adventure we were surprised to receive an email from a lady working at Temple Newsam in Leeds. In the email she spoke of a strange discovery they had made over the Christmas holidays: an incomplete family tree. On the family tree some of the children recognised King Henry VIII. In the email we were asked to help discover who the missing people could have been and inform them at Temple Newsam when we had found out.

Getting straight on with the task, the children first completed a Burn 2 Learn to order key events from the Tudor period (as we learnt that King Henry VIII was a Tudor). They then wrote this up into their own timeline. Following this the children found out all about the Tudor rose which rose to significance around the time of Henry’s father (Henry VII). We could now fill in the first person on the family tree!

We then decided to delve further into the life of King Henry VIII as we thought this may give us more clues as to who the other people are. The children wrote a character description of Henry walking into a Tudor banquet. They imagineered being Henry and thought about how he would walk, what he might say and how he might act. Using this, and some work on fronted adverbials, they wrote their character descriptions.

For the next part of the adventure we thought it would be useful to find out how the Tudors began ruling Britain and a little more about Henry VII. We discovered that this took place after the Battle of Bosworth, when Henry VII’s rival, Richard III, was defeated. This ended the War of the Roses and saw the Tudors begin their reign. After learning about key facts from the battle, the children imagineered what the battle would have been like. We used music and actions to set the scene and they wrote post its to describe parts of the battle.

The children then completed a Burn 2 Learn where they had to replace simple verbs with more ambitious vocabulary, whilst mimicking what was being done in the battle. Using all they had learnt, they made a storyboard to help when writing.

The children then wrote eyewitness accounts from the perspective of a person living in Lancaster at the time of the battle and watching from the city walls.

We found out about Tudor-style clothes. The children drew themselves as a Tudor wearing the traditional clothes they would have worn.

The children were now interested to find out how Tudor people lived and how it was different to how we live today. We first began looking at Tudor houses. They took part in a Burn 2 Learn, matching key parts of the house with their picture.

They then painted their own Tudor house before labelling it with key information about how it was made and the materials used.

Using this, the children wrote adverts to persuade people to buy a Tudor-style house. They first wrote a persuasive post-it to try and sell the house. Then they tried to improve this using key persuasive features like modal verbs, adverbs, personal pronouns and rhetorical questions.

We already knew that the Tudors took great care over their clothing but this also was the case for their accessories. We looked at some pictures of Tudor-style purses and decided to re-create one. Using felt, the children embroidered a pattern onto their purse (following their design). They then sewed the purse together and made a button to close it.

Following this, the children wrote evaluations of the process and later instructions for how to make it.

The children then wanted to know what Tudor people ate. The whole class completed a blind taste test where they sampled Tudor food and had to try and identify what it was. Also they discovered that Tudors ate very different foods depending on whether they were rich or poor. After tasting the food, they showed their findings in a table.

We then thought about what Tudors would have done for entertainment. In reading, we explored a text about jousting; the children learnt that the Tudors used to take part in jousting tournaments. They answered fact retrieval questions about jousting before drawing what a jousting knight would have looked like based on the description in the text.

After learning all about jousting, we decided to have our own tournament. Using horses (trikes), lances (poles) and an opponent (a cricket post with hole to aim for) the children battled it out for who had the best aim! 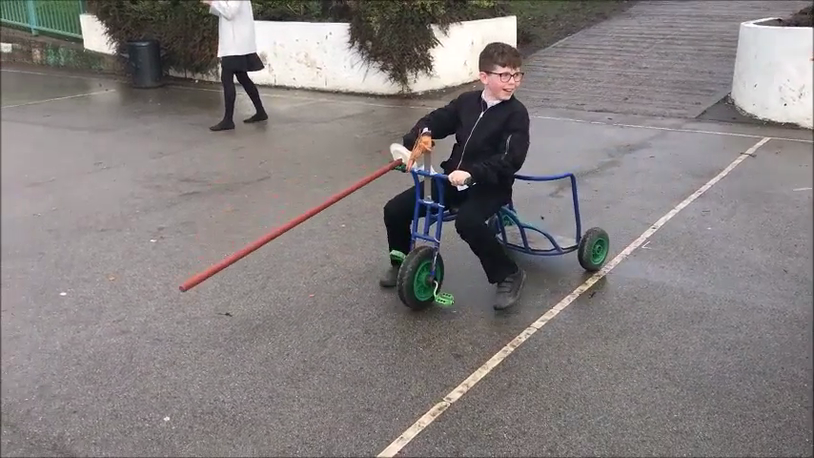 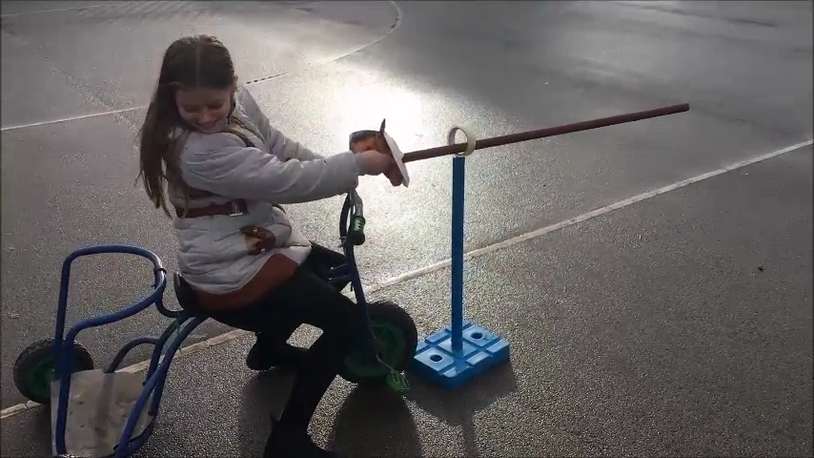 Using all the knowledge from the previous lessons about Tudor life, the children write a non-chronological report. They wrote about Tudor houses, clothing, food and entertainment.

For the next part of the adventure, we looked at the next missing places on the family tree. We understood that they were his six wives and we needed to discover what happened to them. First the children listened to a song that told them who his wives were and what their fate was. After listening to the song, they used the information they had gained to complete a burn 2 learn to match the names, pictures and key facts together. Using all this information, the children were given one wife to focus on and read some research. They then fed back to the class all about one of Henry’s wives.

The children then stepped into the shoes of one of Henry’s wives: Anne Boleyn. We first completed some ‘child in role’ to answer key questions and discuss how Anne would have felt. They then had to write a persuasive letter to Henry begging for his forgiveness and for him to reconsider the execution.

In R.E. we learnt that Henry VIII was very religious and even created his own religion: the Protestant religion. We then looked into Christian beliefs about birth, marriage and death.

We then moved onto the final three spaces on the family tree: Henry’s children. The children first completed a burn 2 learn unscrambling the names of his three children and their mothers. They then needed to find out more about these children so went on an orienteering hunt where they had to follow the pictures of places around school to seek out the facts.

Using these facts they created fact files of the children including drawings of them.

The children then stepped into the shoes of one of the children: Edward. They wrote diary entries imagining what it would have been like for him finding out about his father’s death and becoming King aged 9.

We had then reached the end of our adventure as we had completed the family tree. The children wanted to show off all the work they had done, so invited their parents in. They wrote invitations to ask them to come and made jam tarts for them to taste at the Tudor day. 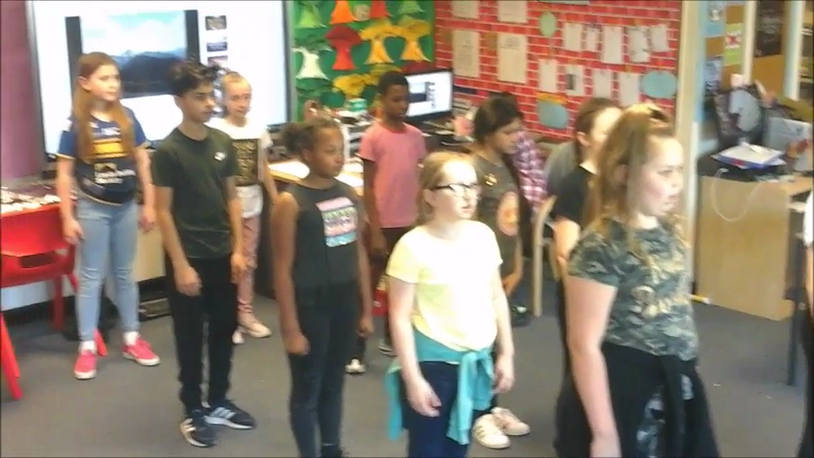 Our song for this adventure was one supposedly written by Henry VIII himself - Greensleeves.

However another song became a quick favourite after we used it to learn about Henry's wives. We even learned the words and performed it for the parents at our Tudor day as you can see above.