Our new adventure is called 'Guess Who?' We are looking at four influential people that are nominees for the 'Great Achiever Award'. The nominees are Vivienne Westwood , Andy Warhol, Benjamin Franklin and Rama & Sita. Westwood Primary were looking after the  golden trophy which was located in Oak class. After researching each nominee, Elder Class made their way to Oak Class to view this fantastic trophy. However, when we arrived there had been a break in and someone had stolen the 'Great Achiever' trophy! But who could it be? The clues that were left were linked to our four nominees so now we must investigate this horrendous crime!

This week we have been paying close attention to one particular nominee for the 'Great Achiever' award. This person was Andy Warhol, first we discussed why he was famous and what he had achieved. The children used their fact files from last week to help them! Then we looked at his art work in more detail. After discovering he was famous for pop art and drawing images of iconic people like Marilyn Monroe and Muhammed Ali, we gave it a go ourselves! Firstly, we used different coloured pastels for each facial feature and repeated this four times, the effect looked really good!

After this, we made our own print! first of all, we sketched our design and then copied this onto polystyrene. Then, it was time to imprint it onto paper using colourful paint. Finally, to create the effect of Andy Warhol and his famous pop art, we cut out each section and used a different colour to print it onto paper. The results looked great!

This week we have been writing a biography! After finding out key components of what a biography looks like we started to make a plan.

After learning about Andy Warhol and some other artists we thought we could write about our own artist! Using whiteboards and a planning sheet we decided why our artist was famous, the different events that have happened in their life, what they have achieved and what their personality was like.

Finding out about everyone’s artist was fantastic!

This week, carrying on with our adventure. We have been looking writing a diary entry as if we were Benjamin Franklin discovering electricity! Before we thought about planning our diary entry we learnt how he discovered it using a kite during a thunderstorm. Afterwards, Elder class were up and moving! working in pairs they had to collect something from the room which they thought they MUST include in their diary entry and then something they thought they could challenge themselves with. It was great to see everyone up for the challenge and working with their partner. Then we progressed onto planning it and writing it, there were some fantastic diary entries! 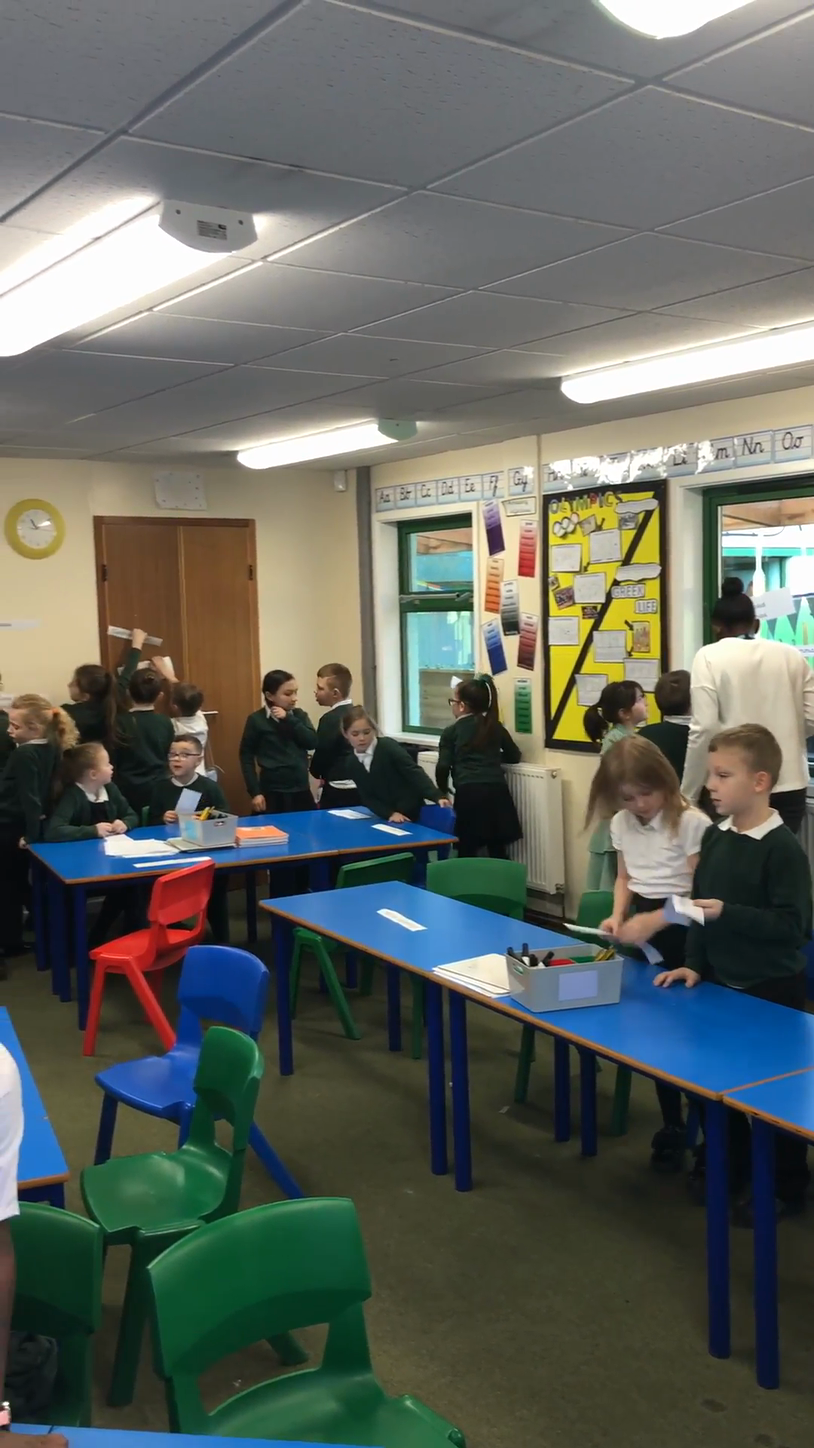 We have also planned and written a setting description on 'Frankenstein'. After looking at various pictures of a room we were going to describe and 'set the scene' of, we broke off into teams and brainstormed exciting adjectives to describe the room. We then produced some fantastic expanded noun phrases to include in our writing!

EXCITING ELECTRICITY! Elder class have been fantastic in Science this week. We have been looking at different types of electricity and how it is produced. We created a fact file on the different types of electricity and the energy that is used to produce it including geothermal, hydro and wind and fossil fuels. We discovered if they were non-renewable and renewable and what that meant in terms of cost and if its going to run out!

We then had a go at creating circuits in groups. At first, we kept it simple by using sheets with the different components on them and string to act as the wires. Next, we created our own complete circuit. We worked out that if the circuit had gaps in it, it would be incomplete and if there we no gaps it meant the circuit was complete and the light would turn on!

Finally, after creating our circuit we had the chance to do an experiment. we researched what it meant if a material was a conductor or an insulator and then following this, we tested different materials to find out which they were. Before we tested each material we made a prediction and then recorded our results on a sheet!

After our science experiment we started to look at planning a write up! working in groups we had the challenge of matching each subheading to the correct information. It was great to see children working together and helping each other out!