As we began our adventure, we met two children called Nancy and Edwin. They are 6 and 8 years old and living in London in the year 1939. They were confused by what is going on in the world as they keep hearing little snippets of the news on the radio about wars. They don’t understand what it all means so that is where we come in. We are going to help them understand all about World War Two.

Our first task was to inform Nancy and Edwin about how the war broke out. We completed a Burn 2 Learn to unscramble facts about World War Two. We then wanted to help them understand how countries around the world were involved. We read about the countries involved and whether they were allies or axis. Then using this information we completed a map to present to Nancy and Edwin.

We then stepped into the shoes of Nancy and Edwin to write a diary entry of how they felt when they heard the announcement of WW2 and what they did as a family after hearing the news.

In the middle of the night, Nancy and Edwin heard a loud siren sounding and were taken to their neighbour’s basement to spend the rest of the night. Their father wants to get their own air raid shelter but isn’t sure which one is the best. It was our job to find out about the different types of shelters to help him decide on one. We created fact files with pictures and pros and cons of each one. Their father decided the Anderson shelter would be the best for them.

We then ‘imaginneered’ what it would have been like spending a night in an air raid shelter, from hearing the first siren all the way through to the all-clear siren. We wrote poems to describe what we felt in the shelter and carefully considered each of our 5 senses.

Following Nancy and Edwin’s father deciding they would like an Anderson shelter, we decided to design, build and test some Anderson shelters. We collected leaves and grass from outside to act as a camouflage and mimic how Anderson shelters actually looked. We used corrugated cardboard to act as the steel and used clay or cardboard to reinforce the structure. We then used hessian or tissue paper to make sandbags and ensured our designs didn’t show any gaps all the way around. After making them we put them to the test! We dropped a range of items onto the shelters to see if they would withstand an attack. Some proved stronger than others! Two even held strong with a full water bottled dropped on them.

A few days after setting up the family Anderson Shelter in the garden, a strange pamphlet game through Edwin and Nancy's letterbox. They were both very confused and had no idea what 'Rationing' was.

After a Burn 2 Learn scavenger hunt around school to find out just what was rationed and some more facts about it. we decided to help our friends by writing a report for them explaining everything clearly for them and making it into a ration book they could carry around with them.

The next big change for Edwin and Nancy was when they found out a blackout was being put into effect in order to make it harder for the German bombers attacking London. Street lights and car headlights were banned and everyone had to black out their windows to prevent any light making it outside.

Next came an experiment into how light travelled where we discovered that it travels in straight lines.
Finally we were ready to test which material would be best for Edwin and Nancy to use in covering their windows. We tested four materials: a pillowcase, tissue paper, tinfoil and cardboard. Below you can see the results of our experiment and just which material we decided would be best.

For the next part of the adventure, we stepped into the shoes of Nancy and Edwin to imagine what life was like during ‘The Blitz’. We watched videos and looked at pictures at help us imagine what it would have been like to step out from the Anderson shelter into destruction following an air raid. We ‘imagineered’ what we may have smelt, saw and heard. We then used this to help us write a setting description following an air raid during ‘The Blitz’.

We learnt that much of ‘The Blitz’ occurred in London as this is the capital city and the main target for the German bombers. We completed a ‘Burn 2 Learn’ to identify some key London landmarks (that were also around in World War Two). We then used this information to create a piece of art work, which featured the silhouettes of London landmarks behind a ‘Blitz-inspired’ painted sky.

Staying on the topic of ‘The Blitz’, we wrote a newspaper article that detailed events after a particularly horrific night of air raids.

Because of the horrific bombing that is raining down in London, the government have announced that all children will be evacuated to safety in the countryside. We decided to help Nancy and Edwin pack their bags (they are only allowed one suitcase each!).

We began by looking at what sort of objects they might pack and sorting them into piles. Next we drew an example suitcase containing everything Edwin and Nancy might need. 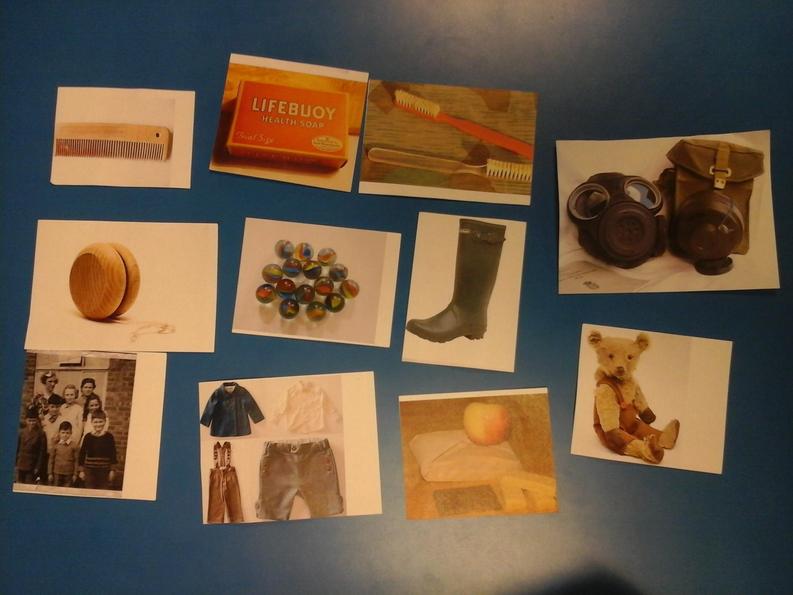 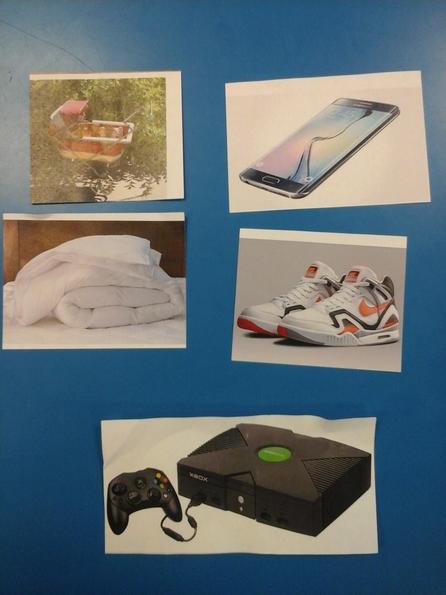 When the day arrived, Nancy and Edwin were taken to the train station and boarded a train to Bramley in Surrey. We ‘imagineered’ what they may have experienced on the train journey. We then reached Bramley and met the billeting officer who took Nancy and Edwin to Mrs Mable’s (the lady they would be staying with). The children could then use their imaginations to describe Mrs Mable’s appearance and personality. We then wrote a letter home to explain all that had happened so far.

To help the children in writing their letter they tried to imagine what Nancy and Edwin’s experience might have been like. They described a photograph of Mrs Mable’s house and drew what they pictured Mrs Mable to look like. They then included this in their letters to mum.

To draw our adventure to a close, the children learnt that Nancy and Edwin’s mum got in touch and had arranged for all three of them to stay with her Auntie in the countryside (close to Mrs Mable). They stayed there until the war was over and their father returned.

The children’s Christmas performance was called ‘A Wartime Tale’. They performed songs from the war, read the poetry they had written and played musical instruments. They also prepared wartime food for their parents to enjoy: berry shortcake, jam tarts, lemon curd tarts and oaty biscuits.

Pack Up Your Troubles 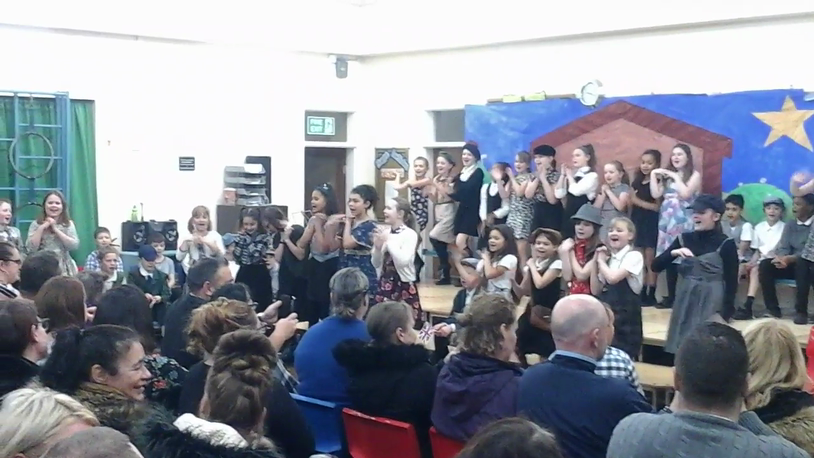 It's a Long Way to Tipperary 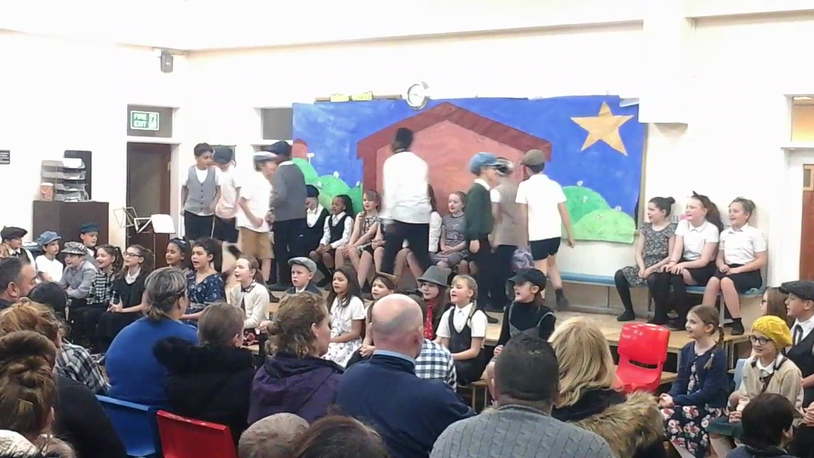 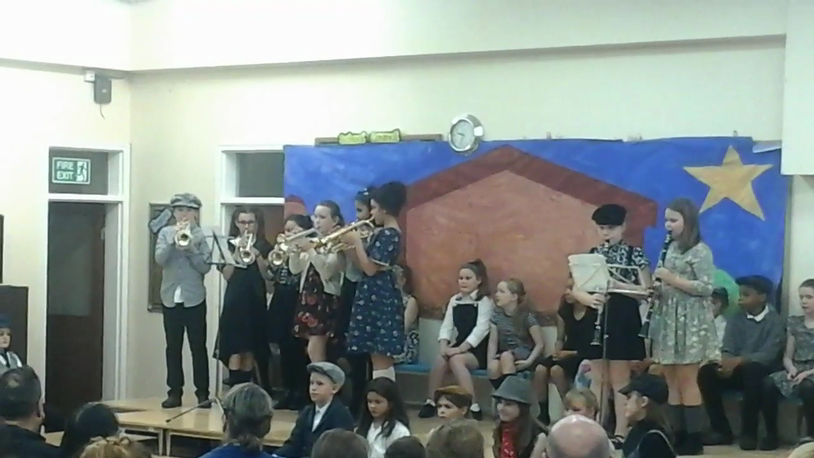 As they were so delicious they then wrote a set of instructions to pass onto others who may want to make wartime treats too!