We hope you all had a lovely Easter Break. This half term our adventure is Zoo Tycoon!

The children have been asked to help re-open an old Zoo. Now this project isn't going to be easy. The children need to look at a variety of Zoo's across the country for ideas and inspiration to help them plan and design their very own Zoo. They will need to think about the animals they want, rides/shows to attract customers and the financial side of re-opening the Zoo. There will be a budget they need to stick to, they will have to employ staff to look after the animals and run the park and advertise the Zoo to ensure profits are maximised!

The children used the computers to research lots of different wildlife parks or Zoo's across the country to get an idea of what facilities and attractions would be popular.

After seeing the news report about the closed Zoo, Miss Martin has set a project for Class 3/4 to see if they can make it a success. The class did a spider diagram to look at all the different things they could think we would need for our Zoo. The first thing the children said they needed was staff, especially staff to look after the animals.

The children looked at different job advertisements for an idea on what they needed to add to their adverts. They wanted to ensure that the right people applied for the job with the right qualifications.

The children then had to fill in their own job applications for the role of a Zoo keeper. They had to think about all the things in the job advert and make sure they sold themselves to stand out to a potential employer.

The children then went on to design their Zoo. They had a budget of £5,000 to cover the cost of the renovation. They had to design their Zoo from a birds eye view and think about facilities that would be needed for guests such as toilets, café, first aid, reception etc. I think they did a fantastic job thinking about which animals would be happy to be near each other. 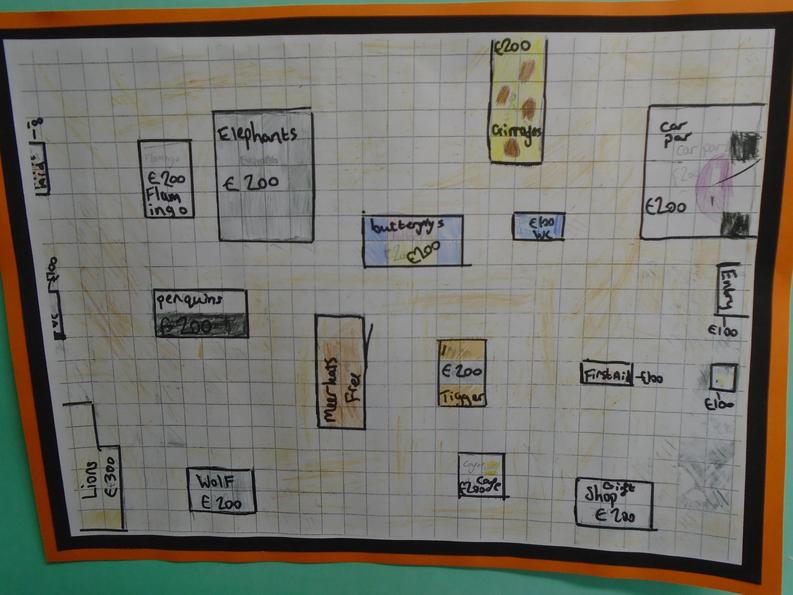 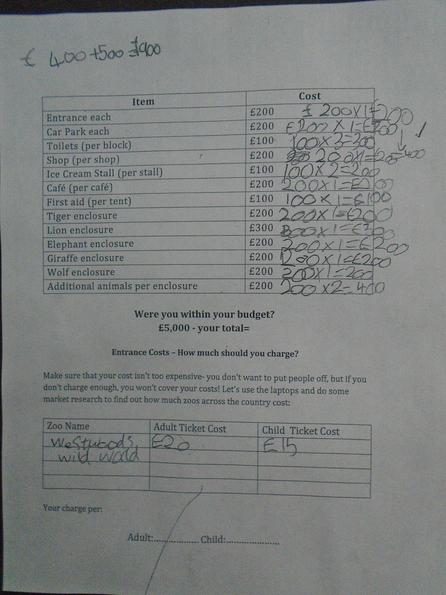 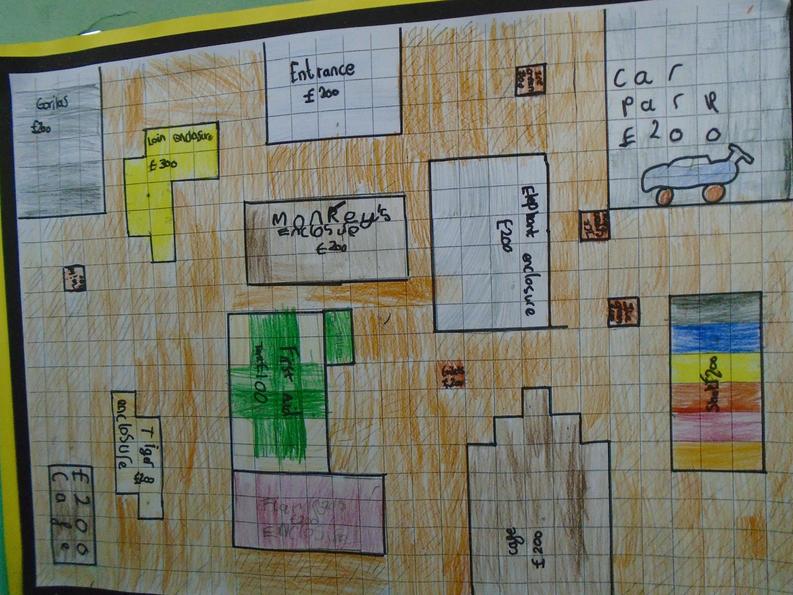 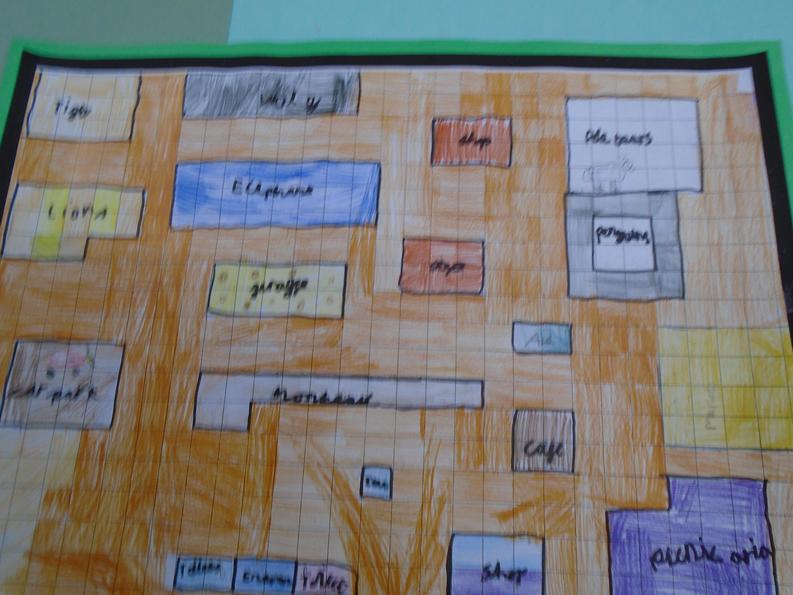 In between the adventure the children have also completed a setting description for their writing work and worked really hard on place value in our math lessons and learning how to divide numbers by 10 and 100 leaving a decimal answer.

For our science this adventure the children met 'Jane' who is an expert in animals and is a fantastic vet! She wanted to tell us all about humans and animals and the similarities and differences between them. The children looked at

We decided to carry out an experiment to see how drinks can effect our teeth. The children chose 5 drinks (milk, water, fresh orange, apple juice and cola). We used boiled eggs as a substitute for our teeth. To make the experiment fair we used 5 identical cups and filled each one with a different drink up to the same level. We then added a boiled egg to each one at the same time. The children recorded any changes over the course of the next 5 days.

The children wrote an evaluation on the experiment to go into more detail about the results. They looked at areas they would change if they did the experiment again. The children found that the fresh orange juice made the biggest changes to the boiled egg.

Next, we looked at the different food chains and created our own using pictures of different animals.

After all the fun we had doing our science experiments and finding out about our teeth and the digestive system. We decided to go back to our Zoo and write a full story. In our SPAG lessons we had looked at a picture of some zoo animals surrounding a box, we were working on our inverted commas (speech marks) and came up with lots of ideas of conversations the animals could be having when they see the box appear. The children then created a plan of a story, choosing a main character, plot, problem and a resolution to bring the story to a close. They were given examples and ideas such as the animals settling into a new zoo and making friends. 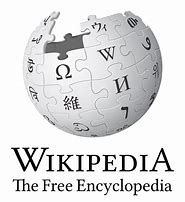 We are Co-Authors, creating a Wikipedia page

For our IT sessions we looked at Wikipedia pages. We found out that people can add information to these pages if they know facts about a particular subject and then a team of people check this is correct. We decided to look at animals and find out lots of information about them and share it with the world. The children had to choose an animal we were going to feature in our zoo and research everything they could think of about it. This could be their habitat, diet, reproduction, appearance etc

The children wrote this information down and then created their very own non chronological report like a Wikipedia page with all the information about their chosen animal.

For our religious education this half term, we have looked at Christian beliefs and their way of life.

We wanted to explore the different beliefs because we know that sometimes people can have strong opinions about animals in zoos. First we looked at Christian places of worship and their symbols. We then looked at the ten commandments and acted out some freeze frames of our own interpretations.

We used this new information of Christian beliefs to help us look at how animals should bet treated. We know that in some zoos animals can be contained in small, claustrophobic enclosures. We wanted to understand what this felt like so we pretended to be in a cage and wrote a diary about the experience.

Jane then told us some alarming news! She told us some cheeky monkeys had escaped at the zoo when they were being moved to another enclosure. We then interviewed Jane and wrote a newspaper report.

For our Art and textiles, the children made headdresses for the gift shop for the grand opening. They had lots of fun designing and making them.

They then wrote instructions on how to make a headdress for their big write. Miss Martin was very impressed with everyone's work using all of the things they have learnt in SPAG and writing over the last year.

The children also made some fantastic collages using pictures of animals and cutting them up into smaller pieces to create texture and shade on their chosen animal. 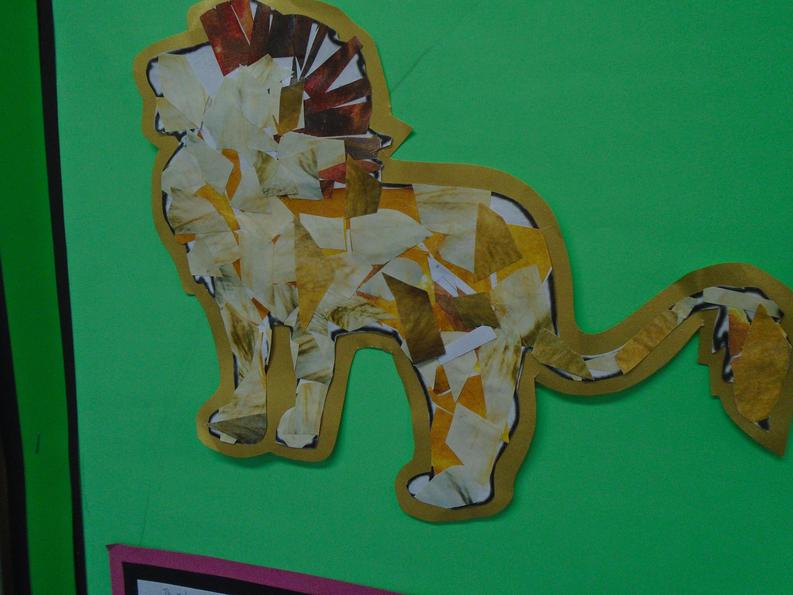 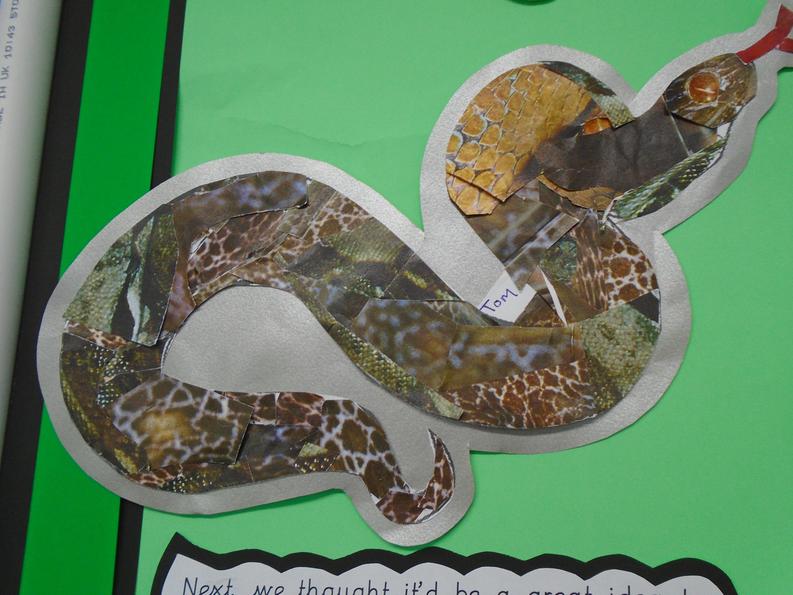 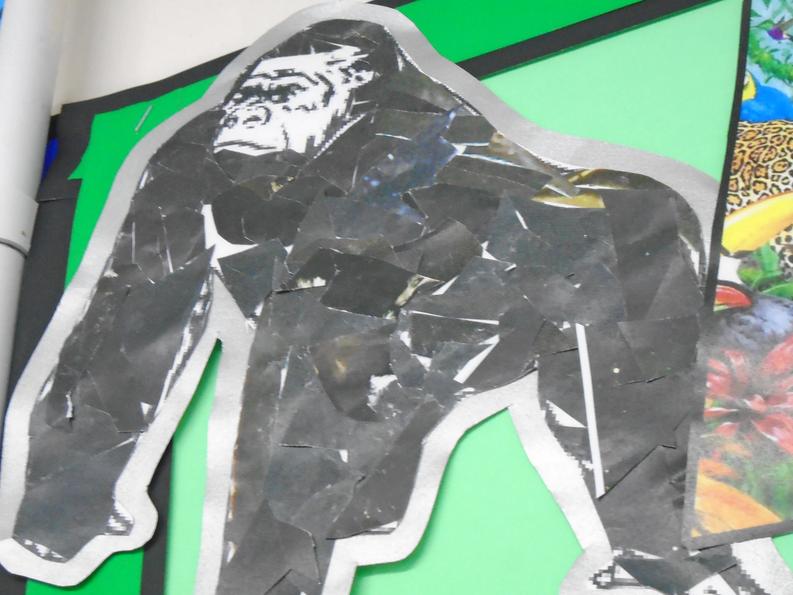 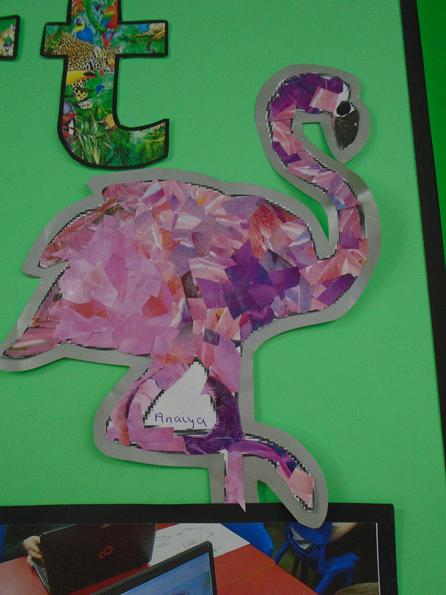 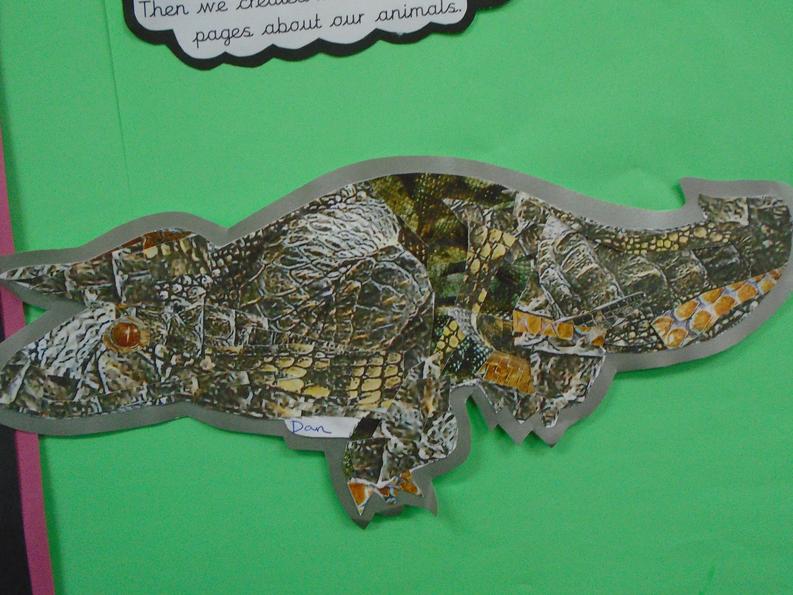 To keep in theme with animals and our Zoo. The children created their own shape poems of their chosen animal from their headdress. 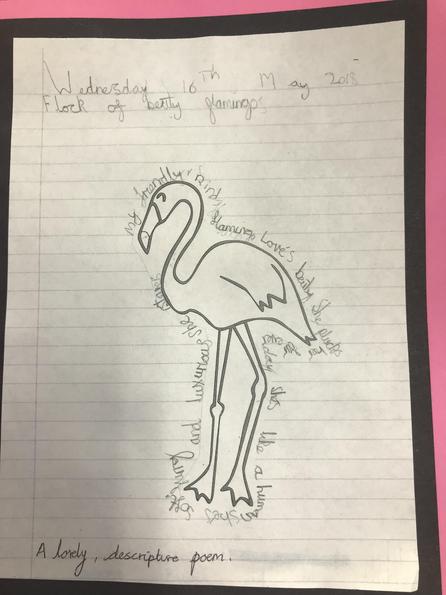 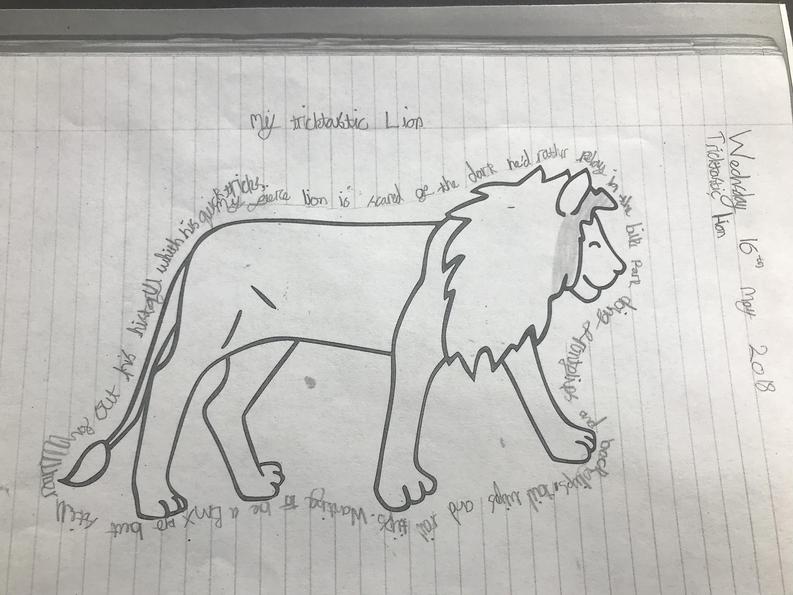 To celebrate al the hard work Class 3/4 have done over the last half term the children are hosting a grand opening to invite parents to come in and look at all their fantastic work. The children have made invitations, bunting, decorations and animal biscuits. Check out what we've been up to below....

Thank you to everyone that came to our Grand Opening. The children were so proud of their achievements and loved the chance to show everything off. They have worked so hard over the last half term which makes going into the final half term exciting.