This week, we met Ted! Miss Dicks found Ted underneath a melting clock. He wasn't sure where he had come from or what had happened. All he knew is that he was feeling very sad and wanted to find out where he belonged.

He was a little shy at first and didn't like talking so Miss Dicks made him a diary and he wrote all about how he was feeling. We did a little bit of work, finding out what a diary was and then had a go at writing some of our own!

We learnt more about the melting clock which Ted was underneath. We found an artist called Salvador Dali who used lots of melting clocks in his artwork. We looked at some examples of his work and then tried to create some of our own. We draw a beach scene and used clocks for things you might find at the beach.

Ted needed our help to find out where he belonged! We decided to look at some old toys to see if he came from there. We read a story all about an old playroom and looked at some of the toys which were found in there. We found some teddy bears but they were old and fragile - not like Ted. We also found lots of other toys that we don't have at our own houses. We then sorted the old and new toys.

Ted's been feeling a bit sad recently so Miss Dicks gave him a diary to write down all the things he is doing and feeling. He forgot to write in Wednesday's section so we helped him out! We wrote diary entries from Ted about his day at school.

Today we took part in a real life Mario Kart race! We had to collect coins and race eachother to the finish line! We were trying to see if Ted belonged in an electronic toy with Mario and his friends.

After our Mario Kart race, we learnt about verbs and discussed different ways that we moved through the race course. We came up with some of our own verbs!

Then we used our verbs to write a recount of our time in the Mario Kart game. We also used time words and some of us used adverbs too!

Next, we got to design our very own Mario Kart vehicles! We looked at the ones that the characters already have and talked about what we liked and what we might change when we make ours. We talked about how we might make them and what we would need to include on our designs.

Then we designed 4 different karts.

We had a zoom call with a lady from Abbey House Museum. She told us all about old and new toys. We learnt about what they are made from and how they work. She told us how a wind up toy works. It works like this! 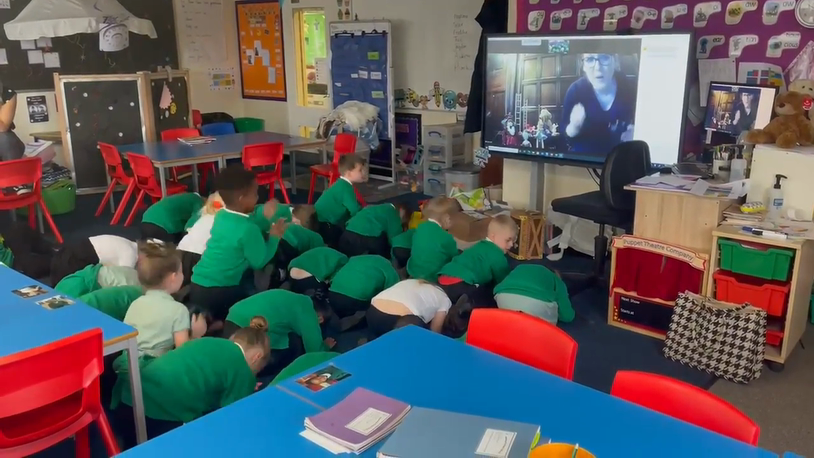 In RSHE we have been learning how to play games from different countries. We played games from France, Vietnam and Israel.

Today Miss Dicks found a robot in our classroom! It was dancing!

We decided that we needed to catch it to see if it could help Ted find where he belonged. Miss Dicks managed to get a video of the robot dancing! 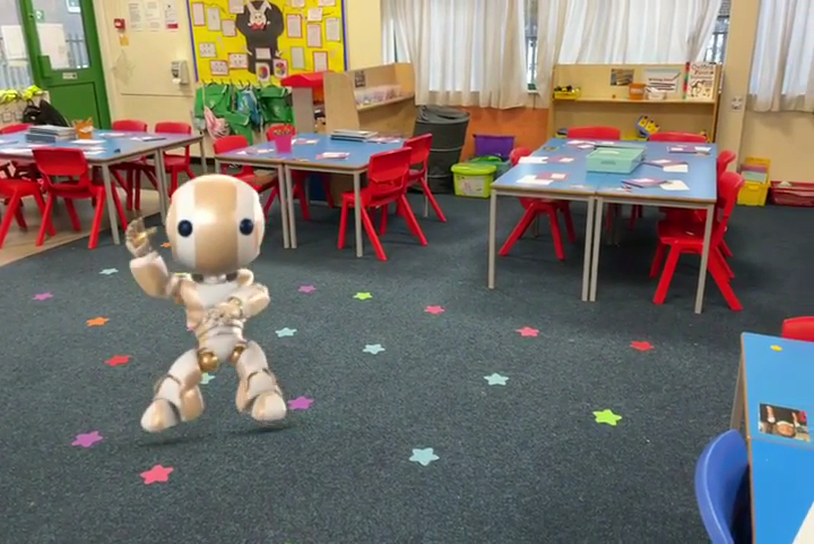 We wrote some instructions to help us catch the robot so we could find out more about where he came from and to see if Ted belonged with him! 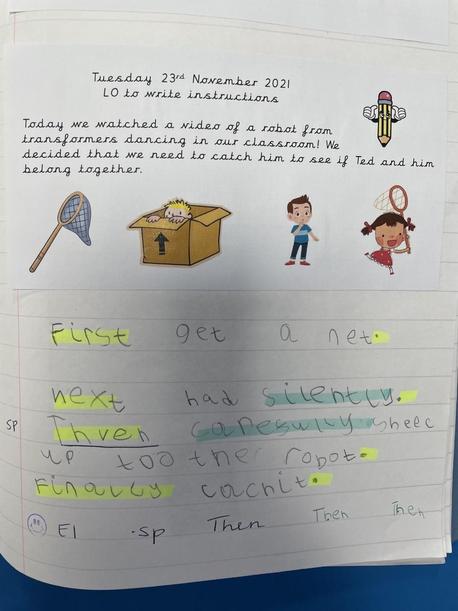 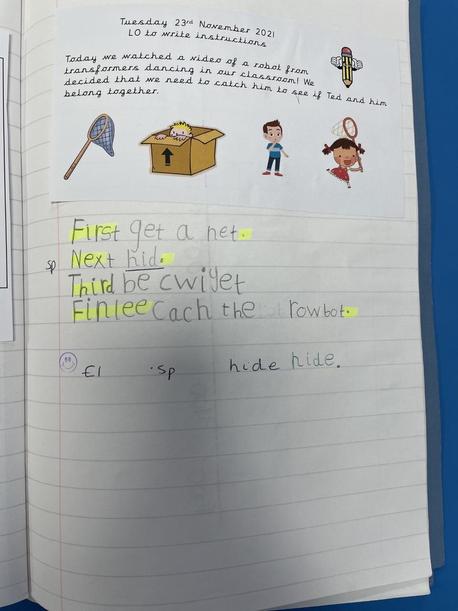 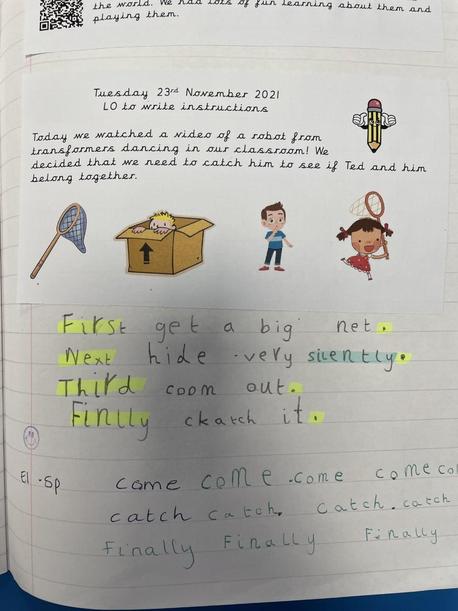 We used all of our learning about old and new toys to place them on a timeline. We talked about what past and present meant and some of us even managed to write the dates for when the toys were invented. 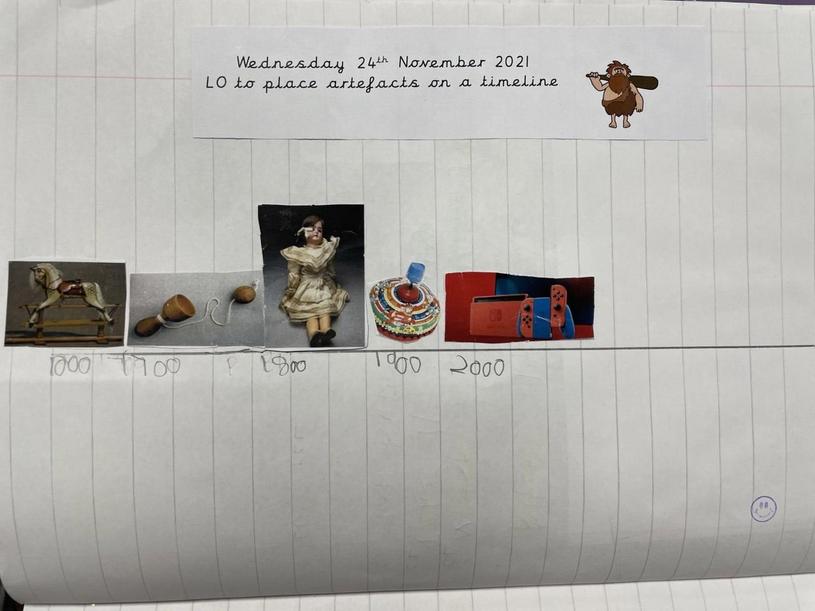 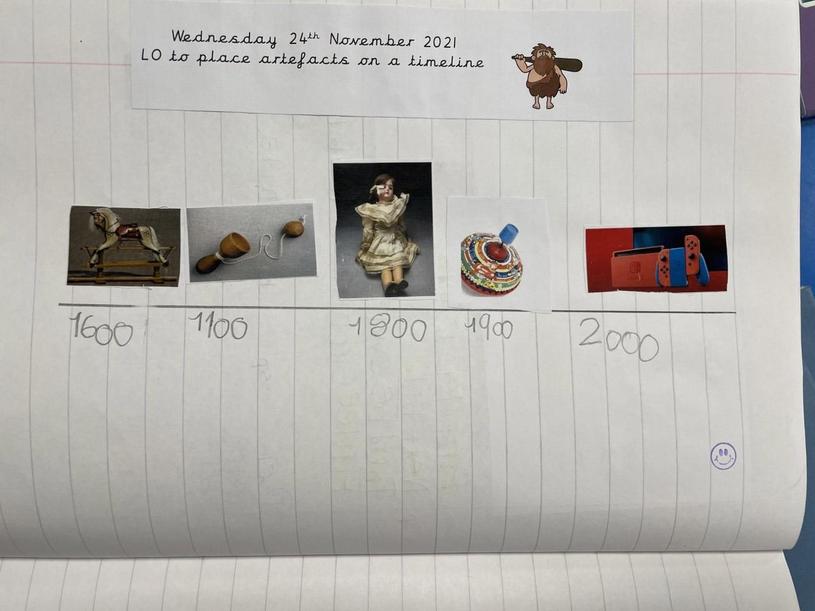 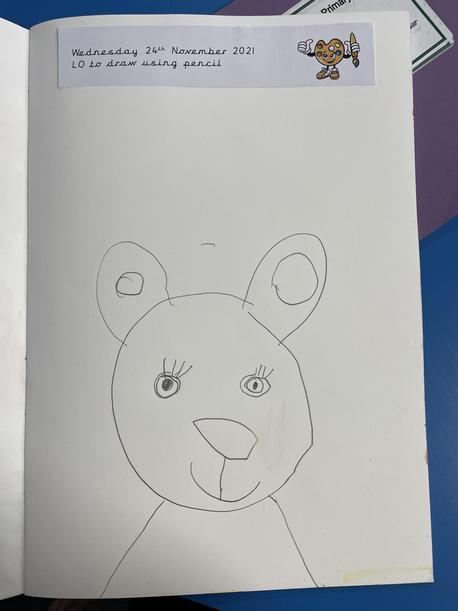 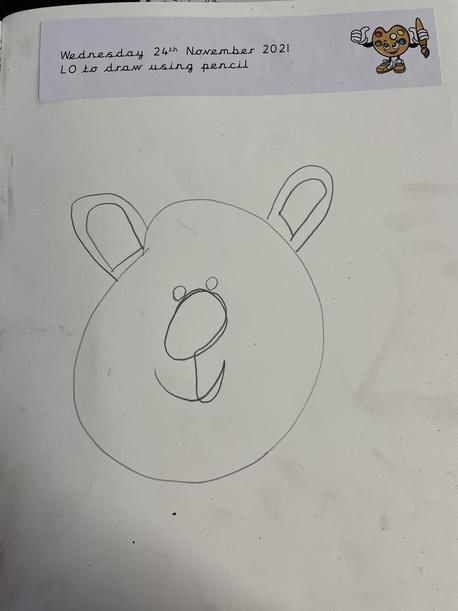 The robot came back and was seen outside in the playground. We followed the instructions we wrote to catch him! 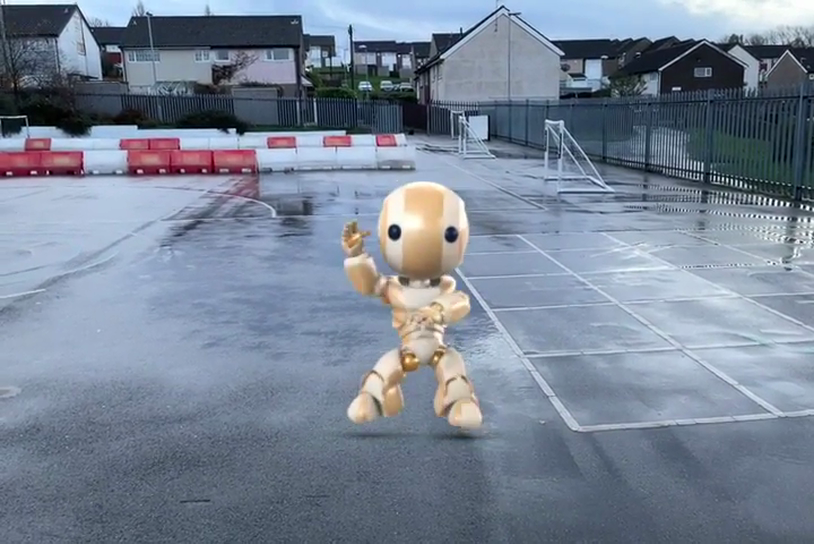 Over the weekend, our classroom turned into an elves workshop!

We wrote some adjectives to try and describe it.

Today we watched a short Christmas video about an old teddy bear which held a lot of memories for Lola (it’s owner). Memories like making stars with her granddaughter. We talked about our favourite memories and made some of our own stars.

We are proud to reveal Disney's Xmas advert, a heart-warming story #FromOurFamilyToYours.See the magic of Lola's granddaughter's story continue in the 2021 C... 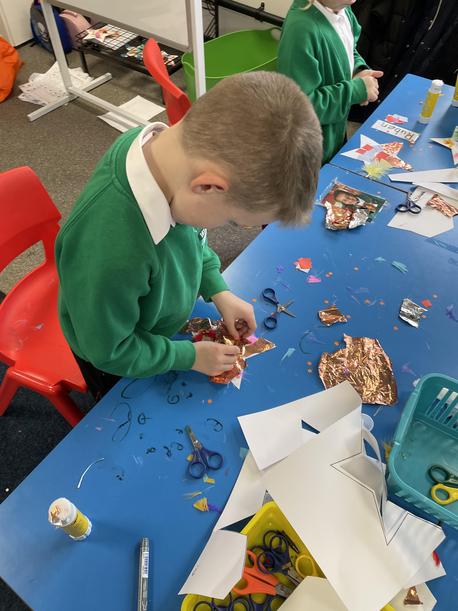 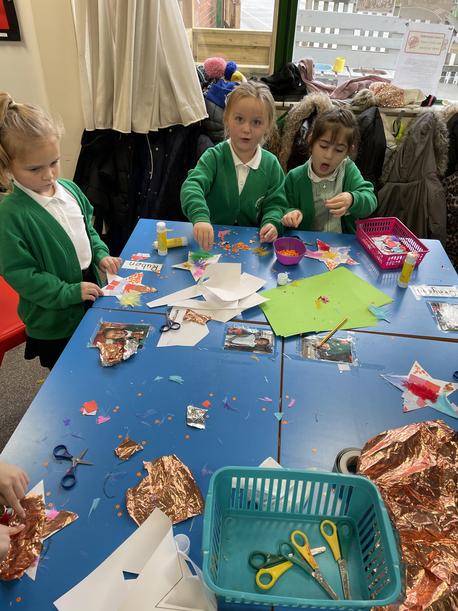 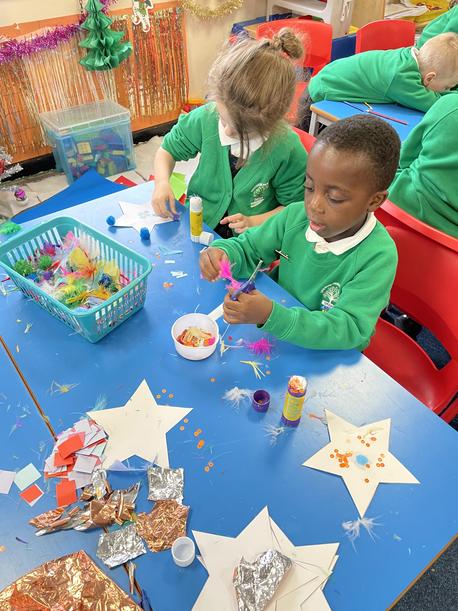 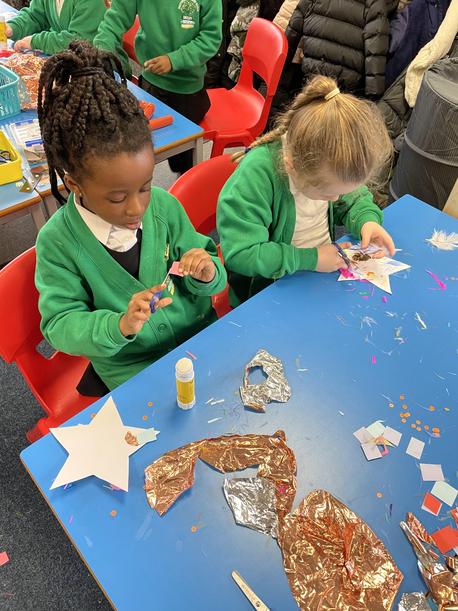 In Writing today we did lots of different activities to read, understand and write our new wizard words for the week. We had to use our phonics knowledge and reading skills!

We used our adjectives about Santa’s workshop to write descriptive sentences. 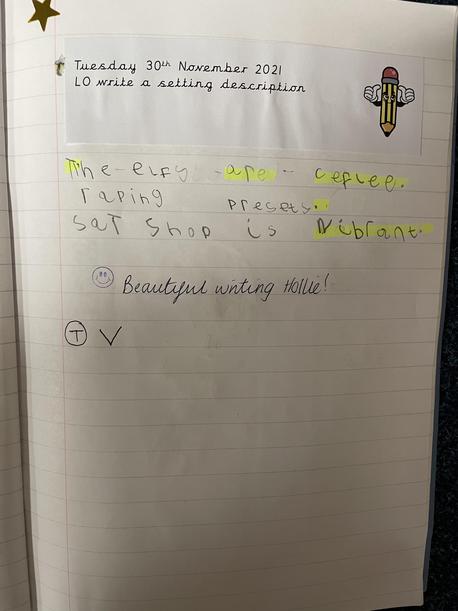 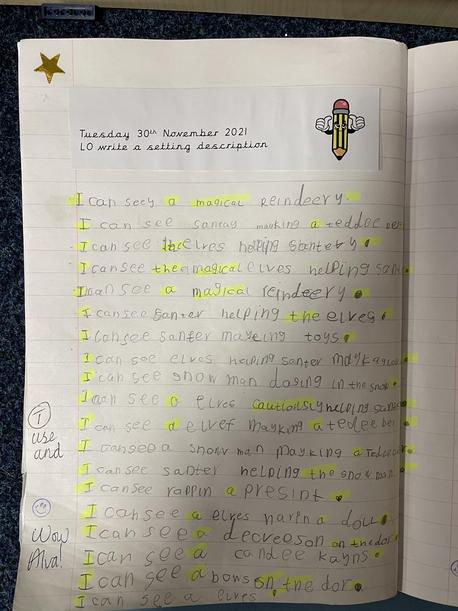 In RSHE, we have been learning about what it means to belong. We thought about the communities we belong to and how it makes us feel. 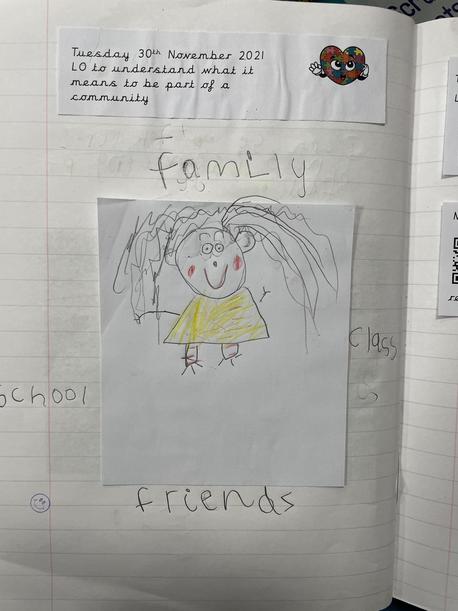 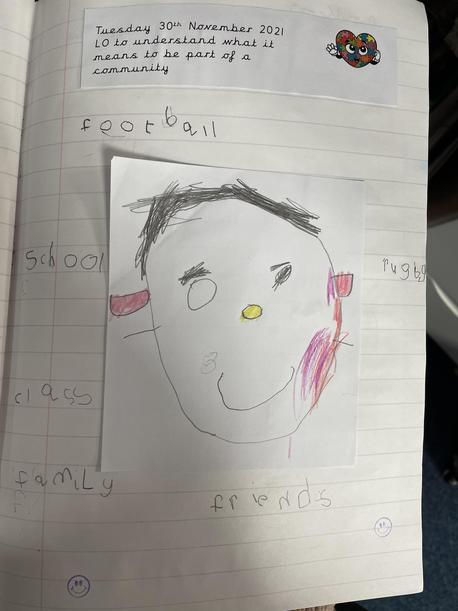 We received a letter from the one and only Santa Claus! He said he’s very impressed with our behaviour and reminded us to continue being kind to each other. We decided to write to Santa (because he knows lots about toys!)

to help us find where Ted belongs!

Here’s some of our writing! 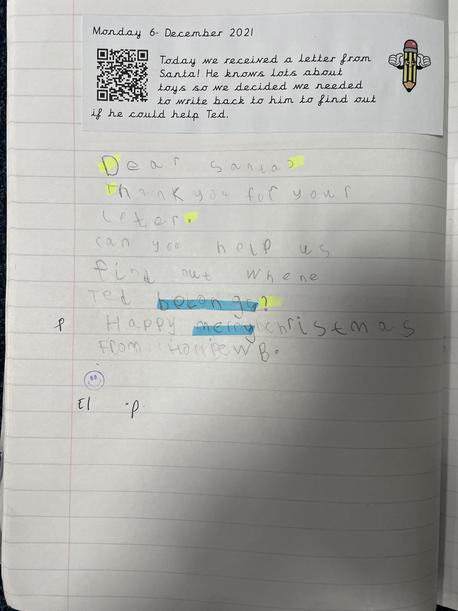 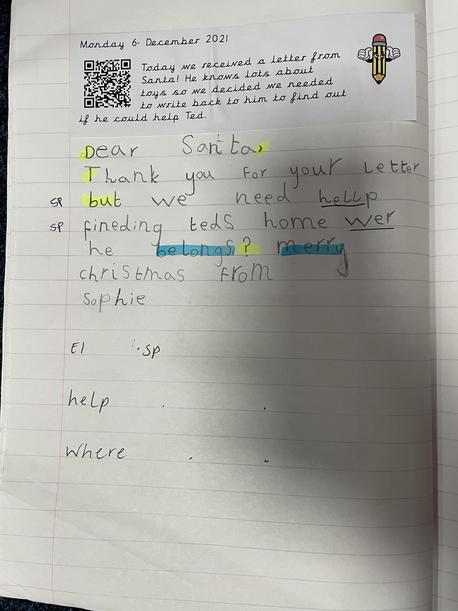 Today in RE we learnt about the Christmas story. We played pass the parcel and in every layer there was a different picture. Once we'd opened the picture, Miss Dicks told us another part of the story. 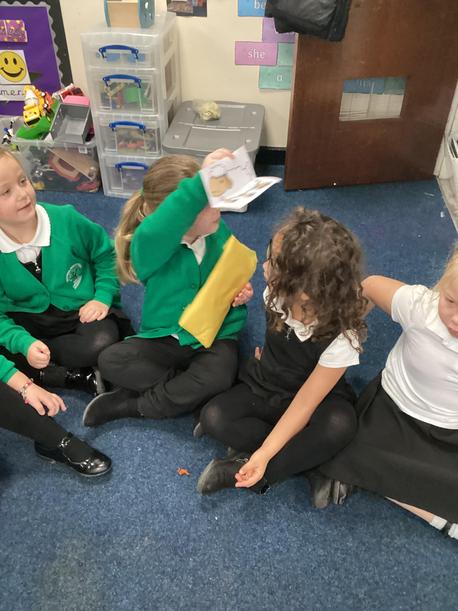 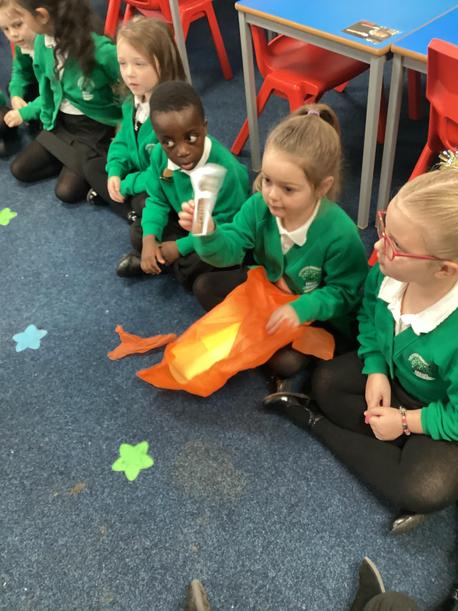 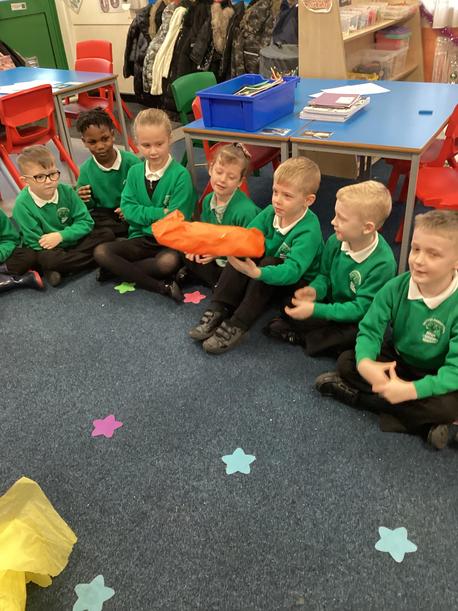