Star of the Week 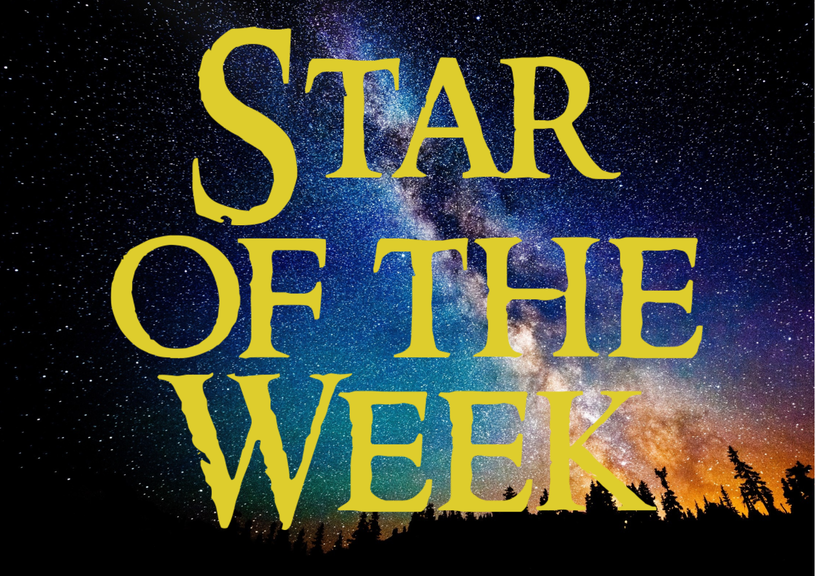 Week 3 (Friday 24th September) - Charlie - for setting a fantastic example for the rest of the class and representing Westwood so well when we were out of school on our trip on Thursday. Well done Charlie!

Week 4 (Friday 1st October) - Jack - for always being ready to learn and listening all of the time. Jack puts 110% effort into everything he does and is a pleasure to have in the class. Well done Jack!

Week 5 (Friday 8th October) - Tilly - for putting in a fantastic amount of effort into her writing this week and becoming much more independent with her ideas! Well done Tilly!

Week 7 (Friday 22nd October) - Riley M - for coming back to school after being off for quite a while poorly and acting as if he’s never been gone! We’ll done Riley!

Star of the Half Term - Jack - Jack has had an amazing half term! He’s always doing the right thing all of the time, tries his absolute best at everything and is such a kind and caring member of Oak Class. Massive well done Jack!

Week 2 (Friday 12th November) - Mia - for always trying her best and being generally wonderful all of the time! Well done Mia!

Week 3 (Friday 19th November) - Mason - for always being brilliant and having a fantastic week in class. He puts so much effort into everything and always tries his best. Well done Mason!

Week 4 (Friday 26th November) - Riley S - for great effort and attitude in all subjects this week! He was tried really hard in all subjects and had a fabulous week. Well done Riley!

Week 5 (Friday 3rd December) - Izak - Izak has had an amazing week. He’s tried really hard in all of the tests we’ve done this week and has smashed his lines for his part in the show. Well done Izak!

Week 6 (Friday 10th December) - Riley M - Riley has absolutely smashed it this week in the play! He was fantastic with all of his lines and did a great role as the elf! Well done Riley!

Week 7 (Friday 17th December) - Koby - Koby has had a brilliant week and has worked really hard this half term and week in all subjects. Well done Koby!

Star of the Half Term - Erin - Erin has absolutely smashed it this half term! Erin is always ready to learn, she's always doing the right thing and she is a fantastic role model to the rest of the class. Keep up the fantastic work for the rest of the year Erin and well done!

Week 2 (Friday 14th January) - Summer - for a fantastic week this week and putting in lots of effort in every subject. Well done Summer!

Week 3 (Friday 21st January) - Millie M - Millie has had a spout of bad luck recently but she's come straight back and got on with it! Well Done Millie!

Week 4 (Friday 30th January) - Millie B - Millie is always fantastic in every lesson! She gives everything her best shot and is always ready to give everything a good go. Well done Millie!

Week 5 (Friday 4th February) - Elsie-May - Elsie-May has had a fantastic week. She's put so much effort into all of her work and been very respectful listening to everyone in the class. Well done Elsie-May!

Week 6 (Friday 11th February) - Myles - I have been really impressed with how much Myles has turned it around this week after a wobbly week last week. Well done Myles!

Star of the Half Term - Charlie - Charlie has had a brilliant half term. He has come into school everyday with a smile on his face and got on with the work. He always contributes to all lessons and gives wonderful insights and ideas to the whole class. His behaviour has been impeccable this half term and I'm really impressed with how he has been. Well done Charlie

Week 1 - Myles White- Myles has really impressed this week with his kind, helpful and positive attitude to everything he's put his mind too. Well done Myles.

Week 2 - Erin Frosdick - Erin has impressed all the staff with her impeccable attitude to everything. Erin is never phased by a challenge and tries her best in everything she does.

Week 3 - Koby - Koby has been a fantastic member of Oak Class this week. He has thoroughly enjoyed Science Week and made an excellent effort with all of his work!

Week 4 - Jack Kavanagh - Jack has such a fantastic attitude to everything he does in class. He is such a pleasure to have in class and is always helpful and friendly.

Week 5 - Riley McVittie - He's had a super last week at Westwood and we will definitely miss him a lot when he goes to his new school.

Week 1 - Imogen Cardiss for her incredibly attitude towards everything she does as well as her kinsd and friendly personality to all children.

Week 1 (10th June) - Lennon - Lennon has had a brilliant week this week. He represented school amazingly on our visit to Withernsea earlier in the week and has been putting so much effort in. Today, he moved to Stage 8 in reading from Stage 6! Well done Lennon

Week 2 (17th June) - Callum - It has been a big week in our class this week as we have finally sat the MTC we have been working so hard for all year! It didn't have to be done for the Y5s and Callum has also been involved in rehearsals. He's just come back in from rehearsals and caught up with what he missed and when we've all been practising times tables, he's just got on with it even though he doesn't have to do it. Well done Callum!

Week 3 (25th June) - Peter - Peter has been away for the whole start of this Adventure so didn't know much about what was happening but he's come back and slotted right into what we're doing and has managed to produce some fantastic writing even though he hasn't experienced some of the things we're writing about. Well done Peter!

Week 4 (1st July) - Austen - I've seen a real improvement and change in attitude and enthusiasm towards learning this week from Austen, particularly in maths. Well done!

Week 5 (8th July) - Tilly - Tilly always tries her absolute best in everything! She works incredibly hard, puts 100% effort into all of her work and always has a smile on her face! Well done Tilly!

Week 6 (15th July) - Millie M - Millie always puts 100% effort into everything, listens carefully to instructions and is a kind and polite member of Oak Class. You've had a great year Millie, well done!

Star of the Half Term