Up, Up and Away! Adventure One

At the start of our adventure we met Parker the plane. Parker had lots of fears about flying, he asked his Grandad Jeff the Jet for help. Jeff said he had lots of friends who Parker could meet and help him not to worry!

We decided to describe what Parker looked like - we thought of lots of good words such as "long wings, blue nose, small windows!"

We wanted to make our own airplanes, first we designed them with rocket boosters to make them fly faster. We even gave our planes rainbow seats! We then all went outside and tested how fast they could fly. Have a look at what we got up to!

We learnt about where Parker and Grandad Jeff live - in the airport! We spoke all about the different types of things we would see in an airport, suitcases, planes, families, shops etc. We then wrote fantastic sentences describing the airport!

We then met Boris the boat who was going to teach Parker how to survive in bad weather when flying! Boris whisked us away on the sea when all of a sudden a storm happened!

We wanted to make Parker a waterproof jacket so that he stayed dry throughout the storm. We did a science experiment and learnt what waterproof meant. We found out that tin foil would be the best material! We then made our own Boris the boats using tin foil - luckily they all swam!

We met a new friend this week called Troy the train - he helped Parker to drive fast! We wanted to know what was the best material for Troy to drive on so we made an experiment where we raced cars on different materials. Paper made Troy the train go the quickest!

We watched the magic train ride video with Troy the train on it and thought about all of the different lands he visited. We then had a go at designing our own magical land!

Troy and Parker both go all around the United Kingdom on their travels. We wanted to find out about all of the different countries in the United Kingdom! We learnt about Northern Ireland, Ireland, Scotland, Wales and England! We thought up a silly dance to help us remember it.
This week we used a collage style to create a train picture of Troy. We had lots of fun discovering about the new art method.
This week we met Mabel the motorbike, she was going to help us learn how to balance. By now we had met lots of new friends, we had to write a recount and see if we could remember everyone and what they had helped Parker with!
We wanted to test how good Mabel and Parker's balance was so we decided to create a whole new race track for them to whizz about on! We used cones to serve in between, bricks to guide them and ramps for them both to speed up! We then used batons to guide Mabel and Troy, just like a real airport would have.
We didn't want Mabel to forgot how to make the track for her friends to try it so we created some fantastic instructions on how she can recreate the track.
Next in our adventure we met Bruce the bus. Bruce was going to help us with our sense of direction. However, when we were on our trip with Bruce we came across a fallen tree, this meant Parker had to think quickly of a new route! We wrote some super sentences on what we saw on our journey.
Next, we used drama and freeze frames to tell a story about everything that was on the route. We had one group at a bus stop, another lay on the floor pretending to be the fallen tree! One group were shoppers waving to Bruce the bus on his travels and the last group became a house with an opening door! We had lots of fun.
Grandad Jeff wanted to know all about our adventures with Parker and Boris so we wrote him a letter, telling him everything that we had done that week!
In history we talked about planes from the past and planes in the present. We used a Burn2Learn to find the different planes and then put them in the correct order they were created!

Cassie the car came to Parkers help this week when she taught him all about being safe when travelling. She taught us about wearing seatbelts and how important it is to keep safe. We then wrote sentences about how to use safe and had some super ideas!
Cassie the car had a family who would go to church each Sunday. We then learnt about Church and who would go there. We found out that lots of things happen in a church, we then decorated our own and listened to christian hymns.
We met Henry the helicopter this week and Hallie the hot air balloon. We looked at Henrys propeller and learnt about how it helps him to fly. We then came up with the super idea of having a go at making our very own propellers! We thought about what materials we had to use and then tested our propellers out with a fan.

We wanted to describe what Henry looked like to Hallie so that she knew what he looked like for when she flew to met him. We thought of super sentences that described him, such as what colour he was, if he was big or small and what he had on him. We found out that Henry had skis on the bottom of his body to help him land.

It was Henry and Hallie's mission to finally help Parker up into the air. We played with our own toy airplanes in the classroom and then decided to write instructions on how Parker will fly. We told him to fly up, down, left and right! We even thought about if we wanted Parker to fly fast or slowly.
We learnt all about Roy Lichtenstein who is a famous artist, he is best known for his pop art work. We used cotton buds and paint to create fantastic pictures of Hallie the hot air balloon!
Now Parker can finally fly in the air he needs a route to go on! Grandad Jeff spoke to Parker and said that his friend Pippa needs Parkers help to fly as she is scared to herself. We wrote a letter to Pippa telling her that we would come visit her and she shouldn't be nervous to fly!

We have been learning the song 'Let's go fly a kite' from the film, Saving Mr Banks. We try to practice our song every other day and are quite the class of singers!

We created our very own Westwood airport! We had lots of fun going with Parker on his very first flight to America. We flew to America and made pizzas in Pippas pizza parlour. We then flew to Africa to help Troy the train make some musical instruments. We all loved having a dance listening to African music! 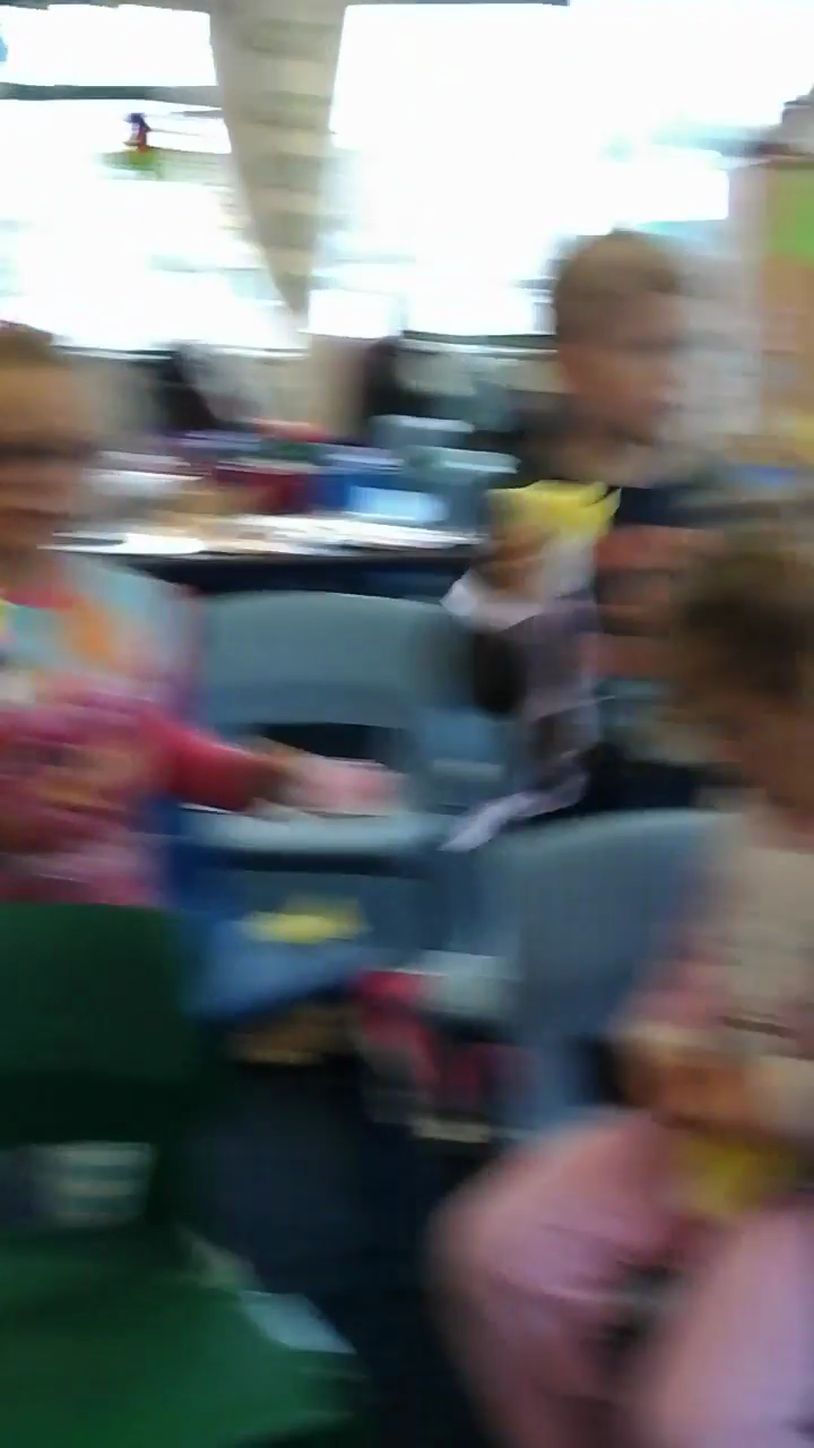